hey idk if this has been posted my me aready im sorry if it has my coputer is being difficult. im wondering if what sort of times people are getting i am getting around 2 mins 40 seconds.
Top

jit123 wrote:Are we allowed to help give the Helicopter a boost?

I guess you could but be careful because someone broke the helicopter by doing that. And from what i know it has no benefits.
Top

chalker7 wrote:I generally prefer .020. Thicker wire is pretty hard to bend since it is so strong, resulting in imprecise shapes and potentially unbalanced shafts.

Agreed.. .020 bends easy with pliers, cuts easy with side cutters and keeps it's shape very well even with a ton of knots on a motor. You'll break the motor stick before deforming the shaft hook.

I've only used 0.020 and have never had problems it is what comes in the kits form freedom flight models.
Top

I have a question about the single-blade rule for 2014. The only thing defining rotors is in 3e. Rotors are defined as one or more blades that rotate on a common path around a vertical axis. What is meant by common path? Is it a circle in a single plane? Is it a cylinder? Is it a cylindrical volume? If one of the latter two, what defines the height? Has there been any discussion of this, or a rule clarification?

As usual, opinion, not official...

I interpret that as follows. Pick any arbitrary blade and call that blade one. It rotates around a fixed axis at a fixed pitch. Pick any (and frankly all) arbitrary blade position around that axis. Every other blade on the rotor must pass through that same position while using the same axis.

Another way to think about it. Again, pick a single, arbitrary blade on a rotor. As it revolves around its axis it will sweep out a disk shaped volume with some, possibly non-uniform thickness depending on its shape. Every other blade on the rotor must sweep out the same volume.

I see nothing in the rules that addresses the thickness of the volume. By its nature as a rotating object the volume will be round when viewed from above.

You might ask what a blade is. I'd expect typical practice, a single, continuous, aerodynamic surface that extends from the central axis to the maximum radius.

IF anyone is asking for specific, perhaps unusual interpretations, I suspect the clarification would be that the ES has to see it in person.

Another way to think about it. Again, pick a single, arbitrary blade on a rotor. As it revolves around its axis it will sweep out a disk shaped volume with some, possibly non-uniform thickness depending on its shape. Every other blade on the rotor must sweep out the same volume.

Hmmm, interesting question. I'm going to leave that one to the official clarifications... And to any ES who actually SEEs your helicopter.

Reminder, I can ONLY offer opinion on this site...

I believe the esteemed Mr Ray Harlan is my event supervisor, so I wouldn't mind if you can weigh in your take at the question of having 2 single blades with some vertical distance apart but attached to the same fixed axis.
Top 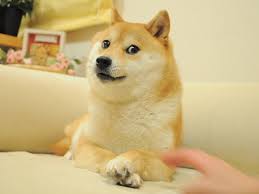