A forum for those Word Games that plague the Earth.
Forum rules
Post Reply
249 posts

They really want the good guys to win, huh?
Too bad I’m going to do my best to prevent it...
Some more ID I found—the sassy is afraid of spiders, as seen in the first part of their post. Idk who here has arachnophobia...
2018: Hovercraft, Thermo, Coaster, Solar System
2019: Thermo, Circuit Lab, Sounds, Wright Stuff
2020: Circuit Lab, WIDI, Wright Stuff, Machines

It's not science if you don't glue your hand to it at least three times.
Top

Since I have permission, I'll give you a nudge toward Mordred's identity. You have already decrypted a pretty crucial ID clue, and you should be able to connect the dots using only this thread – no outside research needed.
2020 Events: Astronomy, Experimental Design, Detector Building, Ornithology, Sounds of Music.

The final piece was finally clicking into place. He would rule Avalon forever after Arthur’s death. Purposefully, Mordred approached the throne room, the dagger hanging at his belt twinkling coldly in anticipation for the blood it would draw tonight. Two servants bowed deeply as he entered the throne room.

“Greetings, Sir MadCow2357. What tidings do you bring, my loyal knight?” Arthur was slumped on his throne, visibly exhausted from the arduous task of bureacracy.

“Only ill omens for you, my lord. The spam bots are gathering, the trolls are preparing for war, and Royal Astronomer lumosityfan the Wise recently witnessed Jupiter cross paths with the Falling Star.”

Arthur sighed, eyes half closed. “It seems that a great leader is near his end.” Suddenly, his eyes snapped open. “The prophecy! It is upon me!” he exclaimed in fear.

Smiling coldly, MadCow2357 drew his dagger. “And as Mordred, I have come to fulfill that prophecy.” Wasting no time, he released the dagger. The spinning silver blade seemed to dance in the warm candlelight of the chamber as it sailed towards Arthur’sc hest. And with a sickening smack, the knife struck home: King Arthur, also known as CPScienceDude, was no more.

The knights, assembled below, were horrorstruck. The murder had happened so quickly, so efficiently, that none of them had time to react.

“Now that Arthur is dead… I’m going to be the new King. Any objections?”

For a moment, the knights were dumfounded. But then, lindsmuarer stood up. “Traitor! You killed my brother!” She drew her deadly saber. “A quick death is more than you deserve, MadCow2357! To arms, my brothers and sisters!”

The other knights roared in approval, drawing their broadswords to slay Mordred.

But he didn’t blink an eye. “Now is the time for you to reveal yourselves, my minions.” MadCow2357 snapped his fingers, and the throne room was suddenly plunged into complete darkness.

Immediately getting the cue, TheCrazyChemist and Creationist127 began to massacre the other knights. Screams of pain burst from the throats of their former comrades as steel bit into bone and flesh. The carnage only lasted for a few short minutes.

Snapping his fingers once again, Mordred let light flow free once more. All the knights were dead except for Creationist127 and TheCrazyChemist.

Thanks for playing this game, everyone. I hope everyone on the Good side had fun, even though us Evil bois won. Good was doing exceptionally well at the start of the the game, so I tried to up the clue difficulty a bit in the second half to make things more even/intense. However, the participation kinda died in a hole (invite season just began, I understand), so Evil took the last few rounds due to zero protects.

If you’re wondering, this game was heavily based on The Resistance: Avalon. I play this game with my cousins every year when I visit Taiwan - I highly recommend looking into this game if you liked Mafia, One Night Ultimate Werewolf, or even this game (9/10). Interesting story - after I accepted, I kinda forgot about this game for days, until TCC shot me a PM about when I would start it . The game theme and rules were hastily drafted in a few hours, so this thing was a trainwreck from the start lol.

Huge shoutout and thank you to TCC for being co-conspirator! He wrote quite a few clues for this game, while being an awesome Minion of Mordred at the same time. Tbh, he was more like a cosassy, but I was worried that double Assassinators would further complicate an already complex Assassination game so I decided against the duo.

Once again, a final thank you to everyone who participated in this game. I hope this game was as fun for you as it was for me - killing moderators and admins was honestly hilarious (sorry please don’t ban me >.> ).

Btw if you want me to post the solution directly on this thread just let me know. And if you have time please fill out the form below to give me some https://docs.google.com/forms/d/e/1FAIp ... sp=sf_link
Last edited by Assassinator on November 25th, 2019, 6:14 am, edited 1 time in total.
Scioly Assassination 146: A Superstore By Any Other Name
Deaths: Tailsfan101, SilverBreeze

Thanks for the game, MadCow (+TCC). Sorry about the participation dropoff–there was only so much I could do knowing who you were. It was a really interesting twist, and a nice change after my fairly straight-forward game.
2020 Events: Astronomy, Experimental Design, Detector Building, Ornithology, Sounds of Music.

Lol np MadCow2357. I really enjoyed being a co-conspirator. Fun fact, MadCow2357 is really good at writing complicated backdrops and interesting descriptions of death. Also for Things2do, if you thought your death was descriptive, I originally had made it much more specific. Something about crossbow bolts in your larynx....
I really had fun this game, but it's kind of hard to do it if many officers don't participate, like quite a few of the knights who signed up. I hope everybody participates next time. Sorry about the late clues, both MadCow2357 and I were extremely busy at some points. Good game to all!
Top

I was almost certain that it was you from my death clue, but I was already dead by then. Good job.

Edit: I like my larynx the way it is, thank you very much. Although, that might've been interesting to read...
John 5:46-47
When your signature exceeds the allotted 300 characters, you put it here...
Is this where I put the Builder Cult?
"I think that we're all mentally ill. Those of us outside the asylums only hide it a little better - and maybe not all that much better after all." - Stephen King
Top

Edit: I like my larynx the way it is, thank you very much. Although, that might've been interesting to read...

How'd you know it was me?
Top

Darnnnn.... I suspected all of you (especially TCC) at the beginning of the game, but later convinced myself otherwise...

Edit: I like my larynx the way it is, thank you very much. Although, that might've been interesting to read...

How'd you know it was me? 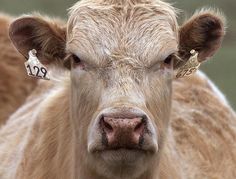 .
John 5:46-47
When your signature exceeds the allotted 300 characters, you put it here...
Is this where I put the Builder Cult?
"I think that we're all mentally ill. Those of us outside the asylums only hide it a little better - and maybe not all that much better after all." - Stephen King
Top

You literally said you knew who the sassy was, TCC. I only put two and two together now. I feel a bit silly now.
2020 Events: Astronomy, Experimental Design, Detector Building, Ornithology, Sounds of Music.

Users browsing this forum: No registered users and 4 guests