Attention! Science Olympiad wants to hear from you, again! Click here to take their Season Planning & Ways to Play survey, part two, open through Sunday, August 16. Your input will help with planning for the upcoming season.×

B. and C. were easy, but A definitely needs an explanation. I'm guessing each of the different evolutionary tracks had some variable different- was this variable radius? And why would its gravitational field strength go up as temperature goes down?
EDIT: And could you link the paper where you found it too?

B. and C. were easy, but A definitely needs an explanation. I'm guessing each of the different evolutionary tracks had some variable different- was this variable radius?

I wrote some stuff in response to Unome in the general Astronomy thread; it'll provide additional information too.

The different things about the evolutionary tracks is the mass of the post AGB star. As time went on, the stars changed, so their radii, luminosity, etc changed too. The independent variable here is mass, not radius.


Magikarpmaster629 wrote:And why would its gravitational field strength go up as temperature goes down?

I might be misunderstanding you, but the y axis is inverted. Larger numbers for log(g) are at the bottom, and are when the temperature is higher. The surface gravity increases as the temperature increases, not the other way around

This makes sense if you think about gas laws. Consider compressing a gas - it would heat up; this is just Gay-Lussac's Law. Surface gravity is inversely proportional to the inverse of the square of the radius, so a smaller star (e.g. a more compressed star) will have a stronger surface gravity, as the mass is the same, it's just in a smaller space. You can tell the surface gravity is growing because of the width of the spectral lines, and the increase in the surface gravity means that the radius is smaller. A smaller radius also means a lower luminosity. this makes sense - white dwarfs are hot, but because of their small size, they aren't very luminous. The same case applies here.
University of Texas at Austin '22
Seven Lakes High School '18
Beckendorff Junior High '14
Top

Sorry this took so long! 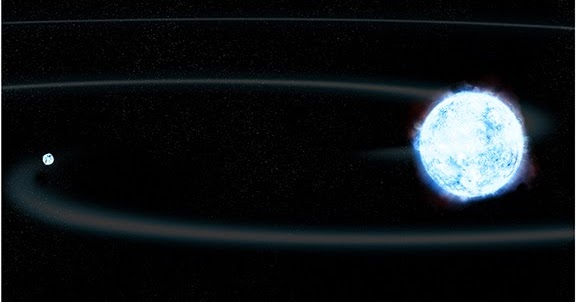 A .Ia supernova isn't necessarily 1/10th the brightness, only a 'fraction' of the brightness. Also, the explosions are thermonuclear driven, not simply pressure driven. Otherwise correct.
Ladue Science Olympiad (2014ish-2017)