Area to advertise for your competitions!
Locked
37 posts

I heard they were supposed to be posted on Ezra at 7pm EST, but I don't see them there right now
University of Texas at Austin '22
Seven Lakes High School '18
Beckendorff Junior High '14
Top

A more than cursory look is necessary to see what's really happening. Ward Melville did very well, but WW-P North's composite score is competitive with that - I think WM is somewhat improved but not as much as it looks like. GNS looks weaker than last year (as expected), though we'll see how it goes (same with Lower Merion, though less so). Kellenberg is strong here, and so is Staten Island Tech. There's also no way that this is Rustin's full strength, especially considering that they just won Boyceville two weeks ago - it's probably due to the rescheduling.
Userpage
Chattahoochee High School Class of 2018
Georgia Tech Class of 2022

Based on the fact that they had very few placements in the single digits, I'd venture to say that Rustin did not bring their A team. If this isn't the case, I'm curious to see how they would improve throughout the season. But I'm probably right.
Top

Is everyone still waiting for the tests to be sent out?
"She was determined to drop his acquaintance immediately, and she was very thankful that she had never been acquainted with him at all... she hated him so much that she was resolved never to mention his name again, and she should tell everybody she saw, how good-for-nothing he was."
Top

Coaches will be receiving an email later today with the exams. I had intended to email them out last night but I literally passed out as soon as I got in the door. Once I return home from running my errands that have piled up from this week, all teams will have the exams including those unable to attend with the last minute reschedule.

On an aside, while the results are definitely very telling on all teams, please take into account that most teams were not running on full cylinders. Many schools did not bring full teams due to students' prior commitments for this weekend. Islip alone, which I can speak to firsthand, was missing about 20 competitors due to sports, family commitments, and work. Many other teams expressed similar concerns leading up to the competition yesterday.

Sorry again for the delay. You will be receiving the exama shortly.
Top

I have screenshots! Pity I don't have the official Ezra scoresheet. 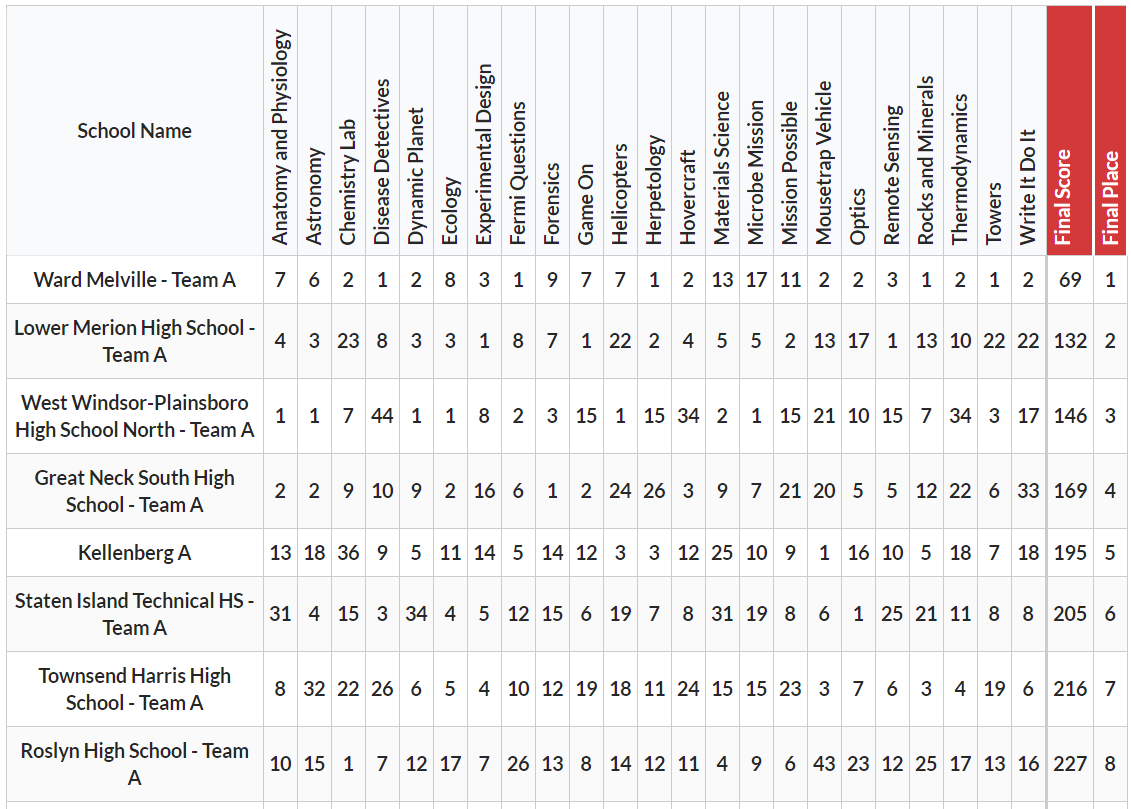 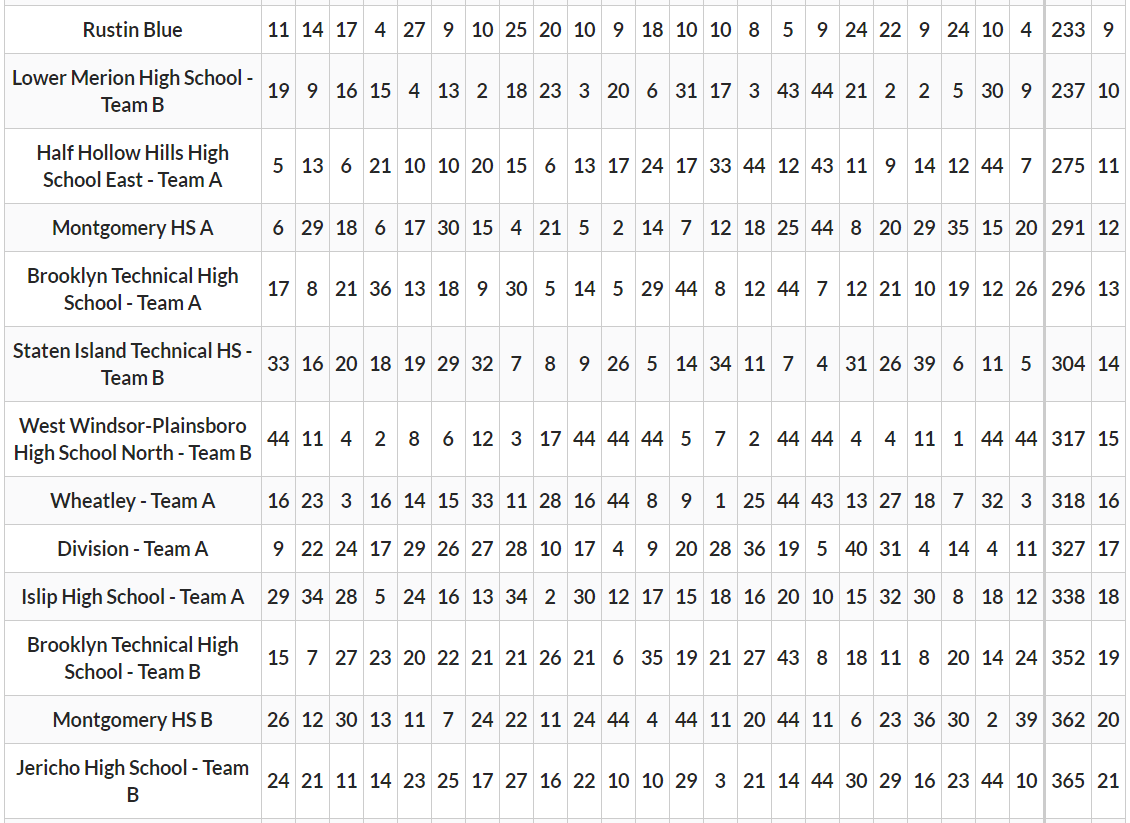 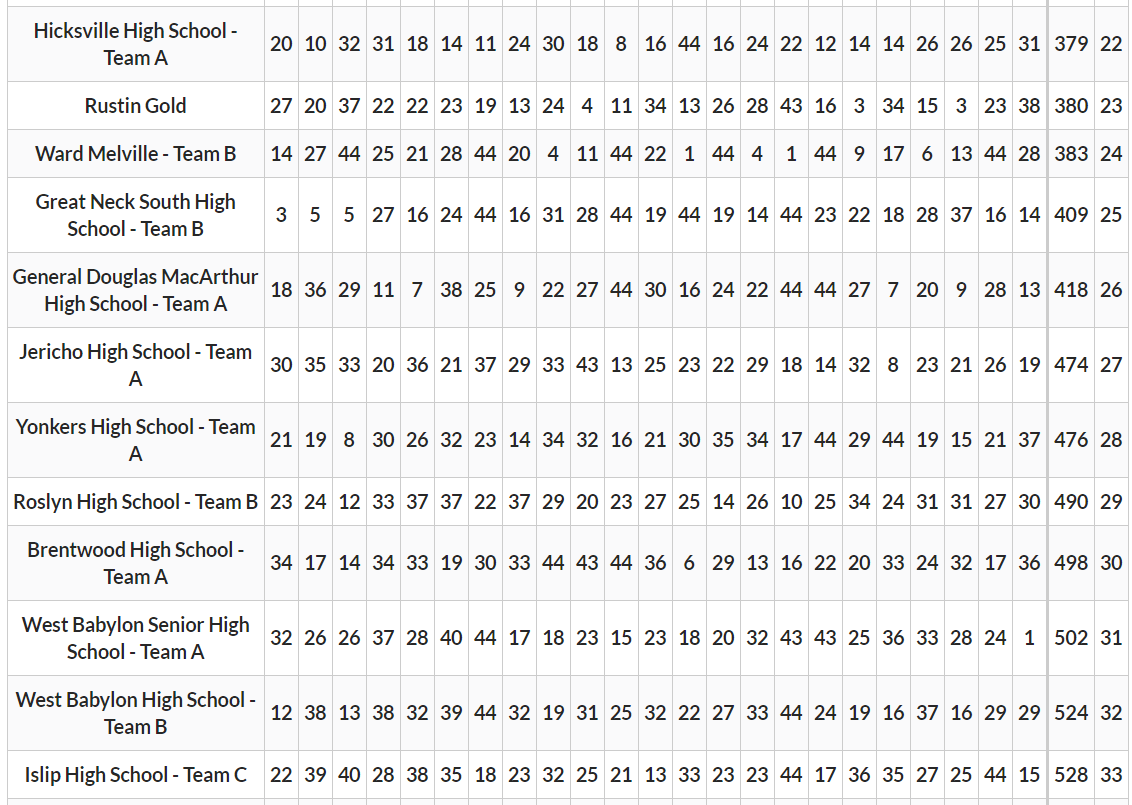 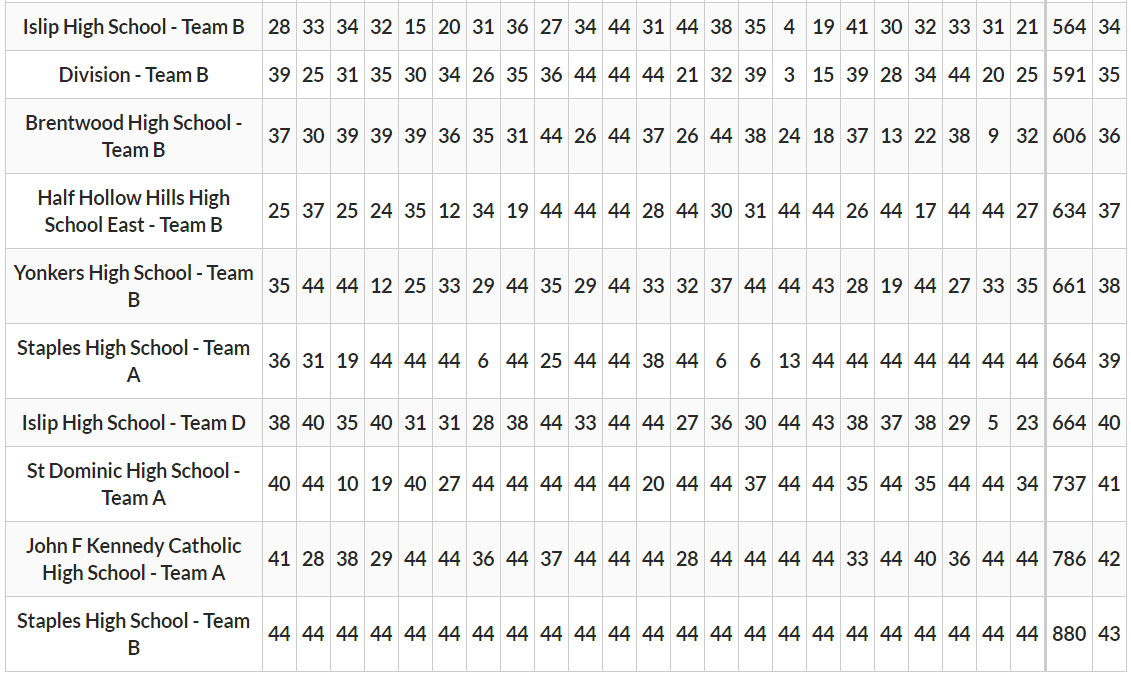 "One little Sciolyer left all alone,
He went out and hanged himself and then there were none."

Users browsing this forum: No registered users and 2 guests