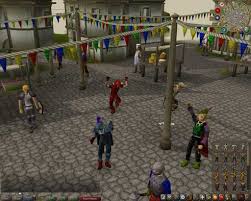 paleonaps wrote:The idea is this: people who want guns will find a way to get them. If they are allowed some will be obtained legally (probably by people either using them for sport or defense) and some illegally (mostly criminals or people under the impression that owning an RPG makes them safer). If guns are not allowed, the law-abiding citizens will not have them, while criminals will find a way to get them. Allowing guns does not necessarily make things less violent, but it makes people feel safer. If the law-abiding citizens don't have guns and the criminals do, then what will you do if someone breaks into your home- throw your wallet at them?
Similarly, I think that we need a modification to the second amendment. It says this, in the version of the Bill of Rights ratified by Congress:

The U.S. Constitution wrote:A well regulated Militia, being necessary to the security of a free State, the right of the people to keep and bear Arms, shall not be infringed.

The way I interpret this, the Federal Government could prosecute you if, in the event of an invasion of the United States, you did not rush out to defend the country and you possessed weapons. That is why many people cut off the first part of the second amendment when quoting it, such as on a T-shirt I saw when I was in Wyoming last week.

Redneck T-shirt wrote:The right of the people to keep and bear arms SHALL NOT BE INFRINGED.

Obviously, we need to decide as a nation what level of gun control we should have and modify the second amendment accordingly. I personally believe that this is the most misconstrued right given to us by the Constitution, and it needs to stop.

The problem is this: if someone has a gun, there is a high chance it may be stolen to be sold to gangs, cartels, etc. This just gives more power to the non-law abiding citizens. Also, there should be strict gun laws to make sure they do not get in to the wrong hands, because, right now, a significant amount of cartel guns are being bought here, and smuggled across the border.
Life List: n. A list of bird species definitively seen by a birdwatcher.
PacificGoldenPlover's Life List : 319
Most recent lifer: Red-throated Loon

Guns being owned doesn't make you safer, are you kidding? Like in the case of an invasion, maybe, but in a robbery, the robber is MORE likely to hurt you if they know that you are willing to hurt them to stop them. And we hear stories of them misfiring all the time. They could get into the wrong hands, or kids' hands, resulting in massacres like Virginia Tech. Strict gun control is the way to go. And just saying PacificGoldenPlover, you said just don't forget abouut end oil subsidies and close tax loopholes, I did mean to include those as part of the plan, and I did say raise taxes on the uber wealthy.
Go to Jocool's Userpage for my results.

Look at my sig to see what this country is degenerating into. I want to start a movement to improve education in this country, but I don't know how. I want some help and followers. (hint hint)
100% of deaths are somehow caused by science.
Don't be a statistic.
Don't do science.

According to the United Nations' Development Programme Report, America is 99.0% literate. 42 million Americans would make up about 1/7 of our population.

For starters, I'd stop listening to those "statistics".
Olathe North HS, 2011-2013 | National Runner-Up, Sounds of Music (2012)
Never lose the joy of competing in the pursuit of winning

You know I read some of the facts in an Astronomy magazine. Still help me start a movement.
100% of deaths are somehow caused by science.
Don't be a statistic.
Don't do science.

An astronomy magazine? [citation needed] Because, you know, The Onion is an agricultural magazine as well as America's Finest News Source.

Half of Americans dont know the Sun's a star

Google yields that that statistic is actually 55%, but that site is also a "useless trivia" site, which I find very difficult to believe. I could not find a reliable source.

A quarter dont think we landed on the Moon

Yes, Russia and the United Kingdom are not biased in the slightest.

A fifth think that the Sun revolves around theEarth

Gallup wrote:In the new poll, about four out of five Americans (79%) correctly respond that the earth revolves around the sun, while 18% say it is the other way around. These results are comparable to those found in Germany when a similar question was asked there in 1996; in response to that poll, 74% of Germans gave the correct answer, while 16% thought the sun revolved around the earth, and 10% said they didn't know. When the question was asked in Great Britain that same year, 67% answered correctly, 19% answered incorrectly, and 14% didn't know.

Basically, everyone is stupid. Not just America.

Under a third of high school science teachers teach evolution

America is a little too afraid of offending people. This is, however, accurate.

lolwut [picture is from the CIA World Factbook]

50 million more can only read at elementary level

Could not find another place saying this. [citation needed]
EVSO '12, Stanford '16.

Half of Americans dont know the Sun's a star:

Tough to prove via legitimate source, but most fact sites said something about 45% of Americans don't know...so you slightly exaggerated.

A quarter dont think we landed on the Moon:

http://edition.cnn.com/2009/TECH/space/ ... ding.hoax/
A few things to highlight here. A 1999 poll said only 6% of Americans thought we didn't land on the moon. "Twenty-five percent of respondents to a survey in the British magazine Engineering & Technology said they do not believe humans landed on the moon"--to be honest, I think the people who think we didn't would be more inclined to respond to such a thing that people who do. And lastly ". A 2005-2006 poll by Mary Lynne Dittmar, a space consultant based in Houston, Texas, found that more than a quarter of Americans 18 to 25 expressed some doubt that humans set foot on the moon." Now this does show your fact. I don't know who/how she surveyed but I would assume due to where the company is based, a significant portion of Texans were surveyed....need I say more.

A fifth think that the Sun revolves around the Earth

http://www.gallup.com/poll/3742/new-pol ... evels.aspx
While technically it's 18% this is probably your closest fact. One thing I would say is that the survey it seems to be based on is 12 years old at this point.

Under a third of high school science teachers teach evolution:

while not entirely incorrect, according to this. It's simply that under a third teach the prescribed curriculum.

zyzzyva98 wrote:According to the United Nations' Development Programme Report, America is 99.0% literate. 42 million Americans would make up about 1/7 of our population.

For starters, I'd stop listening to those "statistics".

50 million more can only read at elementary level

best i could find was this site: http://www.readfaster.com/education_sta ... statistics and this fact:
21 million Americans can't read at all, 45 million are marginally illiterate and one-fifth of high school graduates can't read their diplomas.
Very very tough to prove...not to mention the source on the above fact was from 1993.

Looks like Koko and I had the same idea....

EDIT: At some point I'll get around to a gun control post...since I have a few things to say to naps.

fmtiger124 wrote:Looks like Koko and I had the same idea....

So it seems. You didn't say exactly the same things I did, though, which kind of strengthens the debunking...
EVSO '12, Stanford '16.

Users browsing this forum: No registered users and 18 guests