On August 29, 1949, the Soviet Union exploded its first atomic bomb.

Good luck with everything, TCC. I take back what I said earlier about your resignation and the clue.
Troy SciOly 2019 - now
Suzanne SciOly 2016 - 2019
Please don’t replay rules next year.
Events this season: Water Quality, Forensics, Ornithology, (some experience in DP)
Top

On August 29, 1949, the Soviet Union exploded its first atomic bomb.

Good luck with everything, TCC. I take back what I said earlier about your resignation and the clue.

2021 grind starts now... and no excuses about not knowing the rules yet!
Top

I shall allow a 24 hour extension due to ongoing activity issues. I may strike early if no actions are taken within this time.

Would TCC be a potential protect? His profile picture says Arsenal, although TCS is probably the target. The last clue targeting TCC said "Look at their Arsenal."

Does someone have/remember a record of the Assassinator's signatures? I haven't been watching this game from the beginning.

TheCrazyChemist- Commander CPSD! We have an Anomaly in the timeline Sir!

Anyone think the capitalization of Anomaly in the first clue might refer to the user?
Troy SciOly 2019 - now
Suzanne SciOly 2016 - 2019
Please don’t replay rules next year.
Events this season: Water Quality, Forensics, Ornithology, (some experience in DP)
Top

I grant time immunity to myself because of this and because I totally didn't have a mini heart attack last night freaking out because I couldn't do anything after dinner
Mission Possible ?/1/17/-
Game On 5/2/7/-
Heredity 6/6/13/-
Road Scholar 7/-/-/-
Write It Do It ?/-/-/-
National Cathedral School/Oakdale/Regionals/T.T
Sassy 146
bUiLdEr cULt
Top

I recommend you look into the word play more than the actual information. Otherwise you will regret it.

I recommend you look into the word play more than the actual information. Otherwise you will regret it.

Maybe all the dates chosen will become something eventually.
I can't think of anything else to put here, so I just wrote this...
Top

Earth, United Kingdom, Downtown London 1949
nateDC- Well. This is where Dr Nemesis teleported to.
CPScienceDude- Well all we know is that TCS and LMN are potential targets.
TheCrazyChemist- So does anyone have any ideas?
BennyTheJett- I would place my bets the Ministry of Science. They seem like a potential target.
CPScienceDude- Alright then lets move!
Dr Nemesis- You’re not going anywhere.
TheCrazyChemist- MMM get down!
TheMysteriousMapMan- Uh what? OH *BANG*
TheCrazyChemist- AGH. I’m hit!
CPScienceDude- Open fire!
*Enforcers pull our energy rifles yet Dr Nemesis is nowhere to be seen*
BennyTheJett- MMM is down! Oh no. He’s dead. One tap to the head.
nateDC- Was that Dr Nemesis!?!?!?
CPScienceDude- I think it was. How’d he get so close?
LittleMissNyan- Look. Cloaking technology. Seems to be standard enforcer issue.
TheCrazyChemist- Hello!?! Gunshot victim in pain over here!
nateDC- Oh right. Sorry. Looks like we’re gonna have to take you back to base.
CPScienceDude- We’ll get a replacement for you and MMM. You won’t be back for a while.
LittleMissNyan- Command are you there?
TheChiScientist- I’m here LMN. What is going on?
LittleMissNyan- MMM is dead and TCC critically injured.
TheChiScientist- I’ll have medics on standby. Command over and out.
CPScienceDude- Looks like Dr Nemesis left us this.
*Recording Stated*
I’m staying in this year. So many things to see and hear. You failed to listen to my warnings and you paid the price. My next target will be one of the most important yet. Without him you will fall. Science is all around. Seen by little boys and big men all alike. Science will face a dark day. Storytime is almost done here people. 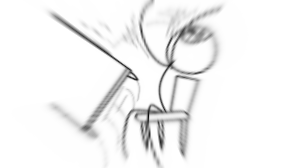