From Wiki! - Scioly.org
(Redirected from 2019-20 Coronavirus outbreak)
Jump to navigation Jump to search 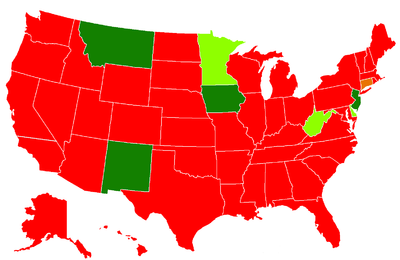 The outbreak of COVID-19 throughout the United States affected many tournaments during the 2020 season. Nearly every state tournament was cancelled, with the exception of a few select tournaments that had already occurred. Many Science Olympiad organizations released statements on the matter prior to cancellation. Most states that initially chose not to cancel their state or regional tournaments later reversed their decision, although a few of the earliest tournaments simply added restrictions to those tournaments or held the tournaments as planned.

On March 11, the 2020 national tournament was cancelled due to concerns over COVID-19 per social media posts by the Science Olympiad Alumni Network. The posts also announced that the events of the 2021 season would now instead be the same as those of the 2020 season, a remark which has caused various amounts of support and backlash. Following this announcement, almost all state and regional tournaments were cancelled. Connecticut maintained that its state tournament would be postponed until mid-May even after the national tournament was cancelled, although this was reversed at a later date.

Throughout the outbreak, the national Science Olympiad organization proactively provided guidance to state and tournament directors with recommendations to follow the advice of health authorities and prioritize the "health and safety of all involved," sample statements for possible cancellation scenarios, and updates from the national level, sent on February 28, March 5, and March 11.

It was not rescheduled.

9th grade students were allowed to continue participating in Division B in 2021.