From Wiki - Scioly.org
(Redirected from Anatomy/Circulatory System)
Jump to navigation Jump to search

The cardiovascular system, also known as the circulatory system is a topic in Anatomy and Physiology. It was tested in both 2015 and 2019.

To determine the values for these calculations, data like blood pressure and heart rate must be measured with a sphygmomanometer. When this is being used, a doctor puts a cuff around the arm and pumps it up, exerting pressure and cutting off blood flow. As the pressure is being released, the blood starts to flow again, and doctors listen to these sounds to measure the systolic pressure and diastolic pressure. Heart rate can be measured by counting the number of beats felt in a minute and doesn't require any machinery. 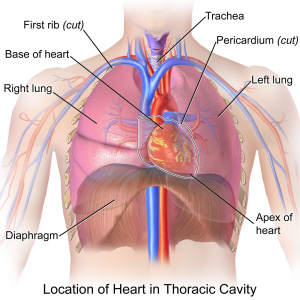 Location of the heart

The heart is the main organ of the cardiovascular system. It is a muscular organ about the size of one's fist and weighs between 7-15 ounces. It acts as a pump and propels blood through the blood vessels. The average heart beats about 100,000 times a day, circulating about 2,000 gallons of blood through about 60,000 miles of blood vessels. An adult has, on average, 5 to 6 quarts of blood. The average adult resting heart rate is 72 bpm (beats per minute).

The heart is located in the middle of the thorax with part of it offset slightly to the left. It is underneath the sternum (breastbone) and is surrounded by the lungs. It sits on the diaphragm and is protected by the ribcage. It is inside of a sac known as the pericardium.

The sound of the heartbeat can be described as "lubb-dupp". The first sound, or the "lubb", comes from the closing of the atrioventricular valves, which are the tricuspid and mitral (bicuspid) valves. The second sound, which is the "dupp", comes from the closing of the other two valves (semilunar valves), which are the aortic and pulmonary valves. After the dupp should be a small pause before the lubb comes again.

Inside the heart are four chambers, two superior atria (left and right) and two inferior ventricles (left and right). The atria are areas under low pressure while the ventricles are areas under high pressure. The left side of the heart is separated from the right side of the heart by a wall of muscle known as the septum. As a general rule, ventricles are more muscular than atria because they have to pump blood to another location outside of the heart. The left ventricle is the most muscular chamber of the heart. For the right ventricle, this location is the lungs while for the left ventricle, this location is the rest of the body via the aorta. There are also four valves inside the heart: the tricuspid valve, the pulmonary valve, the mitral (bicuspid) valve, and the aortic valve. The purpose of the valves is to prevent backflow of blood back into the chamber that it came from.

Parts of the Heart 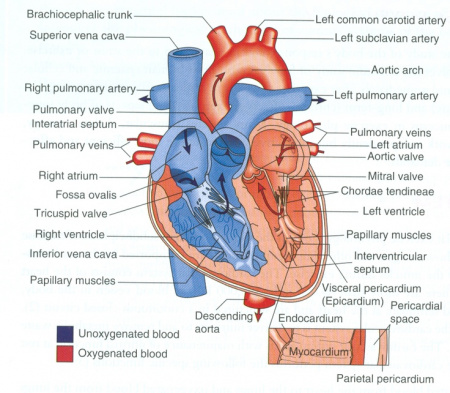 Below are the specific parts of the heart in the order that blood travels.

A helpful playlist of videos on the heart

The heart wall has three main layers: the endocardium, the myocardium, and the epicardium (listed from inside to outside). 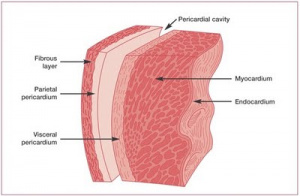 The heart contains a complex electrical system in which electricity moves to the different parts of the heart to allow for muscle contraction. 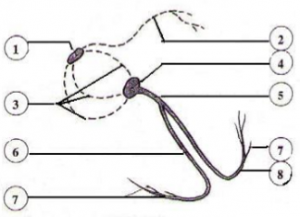 Parts of Electrical Conduction in the Heart 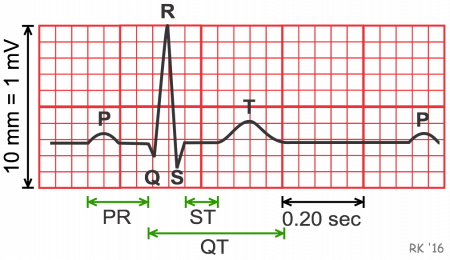 Mechanics of the Cardiac Cycle 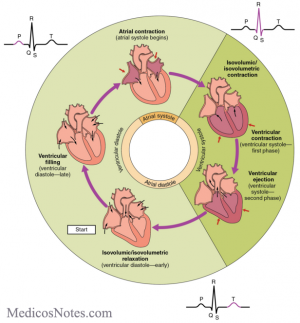 Mechanical Events of the Cardiac Cycle

The cardiac cycle is the sequence of events that occur in a single heartbeat and consists of two main parts: systole (ventricular contraction) and diastole (ventricular relaxation) of the atria and the ventricles.

All three types, arteries, veins, capillaries, and also arterioles and venules. You will need to know their structure, their functions, and how they are alike and different. There are three layers to all vessels except for capillaries, which have one epithelial cell thick walls to let nutrients and other materials to go through.

a. Arteries and Arterioles. These blood vessels carry blood away from the heart. For the most part, they carry oxygen rich, "red" blood, but there is one exception. The pulmonary arteries carry oxygen poor, "blue" blood away from the heart to the lungs. These vessels have very thick muscle cell layers since they need to pump the blood. Arteries are the vessels that lead immediately from the heart and other that lead from those. Arterioles are basically very small versions of arteries, with much fewer muscle cells. They feed to the capillaries.

c. Capillaries. Capillaries are the smallest types of blood vessels. It is in the capillaries that oxygen exchange and other exchanges of nutrients and wastes take place. It is so because capillaries only have a cell thick wall made of epithelial cells, and materials can easily pass through. Arterioles feed into capillaries and venules take used blood from it. 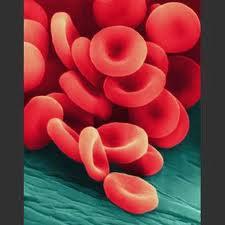 There are three main components of blood:

Red Blood Cells (Erythrocytes)- these blood cells are formed in the red bone marrow and are formed in the process of hematopoiesis (or more specifically, erythropoiesis). These cells lack a nucleus and are used to carry oxygen to the cells throughout the body. Each erythrocyte has a lifespan of about 120 days, and at the end of their lifespan, they are filtered out of the blood in the spleen. Erythrocytes also cannot reproduce. These cells contain hemoglobin- a protein that is used to allow the erythrocyte to carry oxygen.

White Blood Cells (Leukocytes)- These blood cells are also formed in the red bone marrow and are formed in the process of hematopoiesis. Leukocytes help aid in the immune system. There are many different kinds of leukocytes, including: lymphocytes, basophils, neutrophils, eosinophils, monocyte, macrophage.

Basophils - Basophils are a type of White Blood Cell, and more specifically a granulocyte. It is actually the least common white blood cell in the body. They are thought to be associated with allergies, as they can secrete a substance known as histamine.

Hematopoiesis is the process by which all blood cells (erythrocytes, thrombocytes, and leukocytes) are made. All the blood cells start out as a stem cell. Then the stem cell specializes to eventually become one of the types of blood cells.