Galaxies make up a majority of the Astronomy event not covered by the DSO list. Many of the DSOs are galaxies with interesting characteristics. In 2011, when the competition focused on active galaxies, many of the DSOs were active. 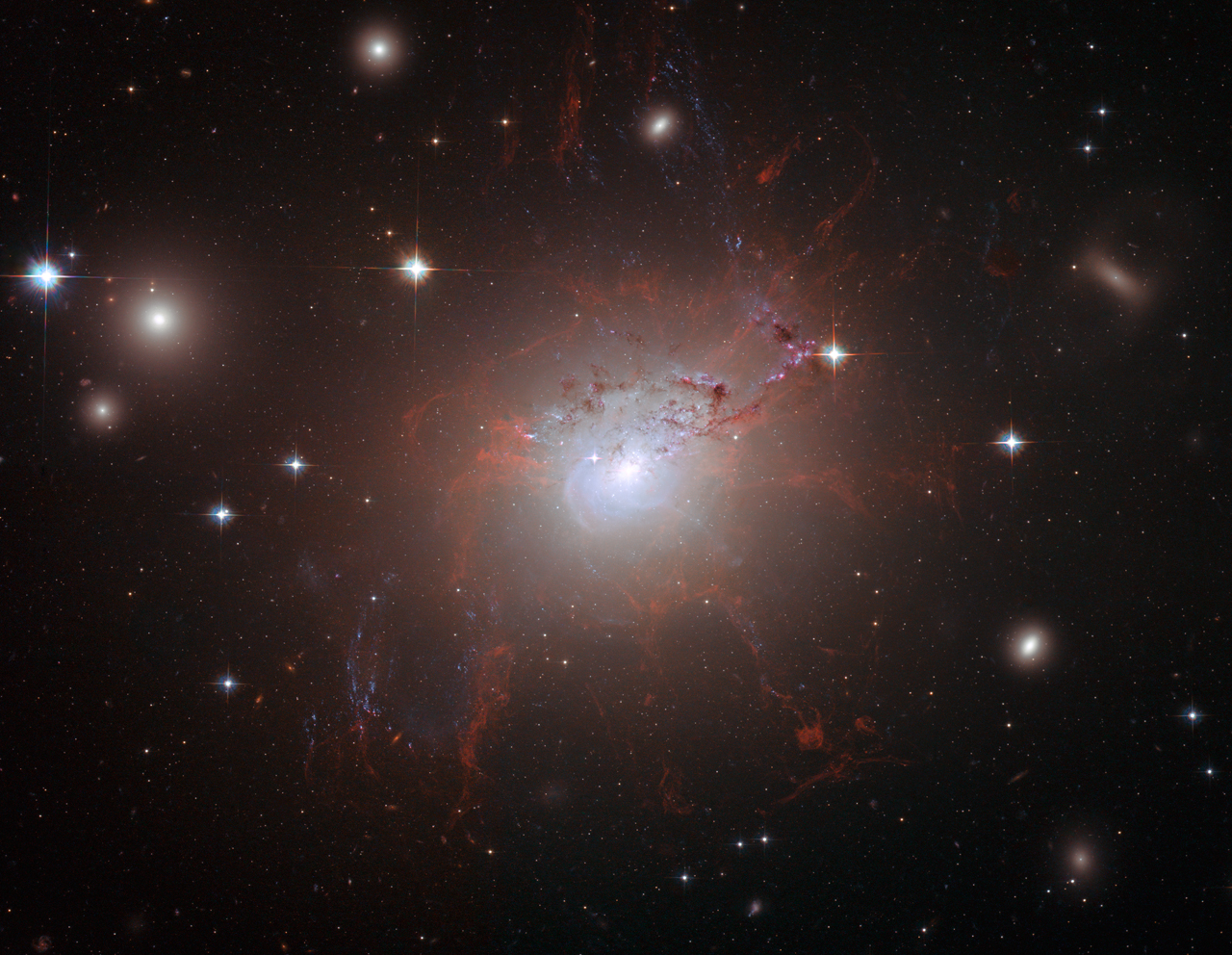 Perseus A, a Type 1.5 Seyfert Galaxy

AGN, or Active Galactic Nuclei, are defined as galactic nuclei that emit more electromagnetic radiation than a normal galaxy. This radiation is emitted in a large jet in one direction. In addition, a torus of gas forms around the nucleus perpendicular to the direction of the jet, which can obscure some parts of the galaxy from observers, changing their visual characteristics.

The six main characteristics that define AGN are: compact angular size, high luminosity, continuum radiation (all types of radiation in the spectrum are emitted), emission lines, variability of emission, and strong radio emission.

Quasars, also known as quasi-stellar radio sources or quasi-stellar objects, are the most luminous type of AGN. Active Galaxies are galaxies which contain an AGN at their center. 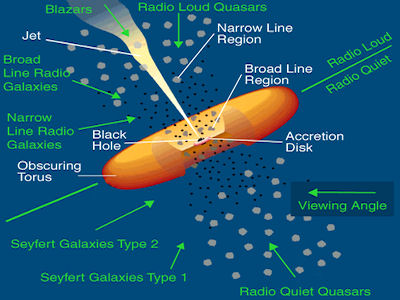 A diagram showing the classifications of AGN based on viewing angle

Seyfert Galaxies are subclasses of active galaxies classified by emission lines of ionized gas. The two main classifications are Type 1 and Type 2. Type 1 Seyferts emit narrow and broad spectral lines, while Type 2 Seyferts only emit narrow lines. Some galaxies can also be classified as numbers between 1 and 2, like 1.5, depending on the relative sizes of the lines. Perseus A is an example of a Type 1.5 Seyfert galaxy.

AGN and quasars are mainly classified based on the angle that the object is viewed from by an observer on Earth. This is because the angle of the electromagnetic radiation emitted from the nucleus can change how visible the object is. If the emission jet faces away from the observer, the object will appear less active, and vice versa. The diagram at left shows how viewing angle correlates to the type of AGN.

AGN are classified into two large groups, Radio-Quiet AGN and Radio-Loud AGN. In Radio-Quiet AGN, the large jet of radiation faces away from the observer. Seyfert galaxies contain Radio-Quiet AGN. In contrast, Radio-Loud AGN occur when the jet of radiation faces the observer, and much more activity is apparent. In some cases, the radiation is pointed directly at earth, so an observer can see the radiation jet head-on. There objects are known as Blazars. BL Lacertae Objects and OVV (optically violent variable) Quasars, which are both very variable (OVV Quasars more so), are both types of Blazars. Meanwhile, Radio Galaxies, such as Cygnus A, are galaxies with Radio-Loud AGN which are viewed at a greater angle from the jet. Quasars can be Radio-Quiet or Radio-Loud.

Black holes are supermassive objects from which nothing can escape. Since light cannot be emitted, they appear as black spots in space. They can also alter the appearance of surrounding objects because of the high gravitational pull.

They appear black because their escape velocity is greater than that of the speed of light, and nothing is faster than light.