Electric Wright Stuff was a Division B event during the 2022 season. It involves an airplane that must fly using a motor powered by a capacitor. In general, the capacitor provides the energy to help the airplane fly toward the ceiling of the room it is in, and then the plane uses its height to stay aloft for as long as possible. 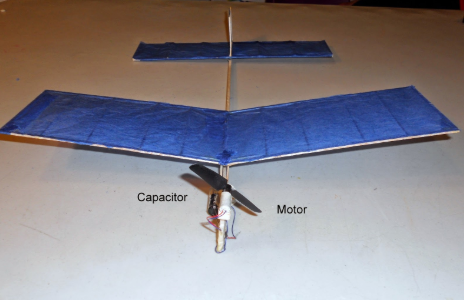 Here is a link to a guide for Electric Wright Stuff. Scroll down to see it.