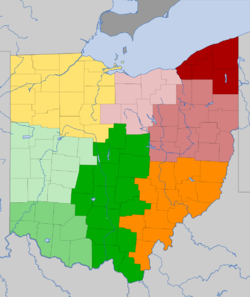 Note: In 2021, all 8 Ohio Regions were combined in to two "superregions" hosted by the Northeastern and Western Regions.