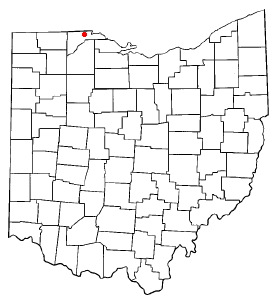 Ottawa Hills on a map of Ohio

Ottawa Hills is a small village in northwest Ohio, within the boundaries of the city of Toledo. Their school system consists of one elementary school, and a junior high/high school. The junior high/high school is all part of one building. The school has had a division B team since the 2011-2012 Science Olympiad season, and a division C team since the 2012-2013 Science Olympiad season. Starting with the 2013-2014 season, the school will have two division B teams.

Ottawa Hills has had a division B team for two seasons (2011-2013). They are beginning their third season 2013-2014, with a change in team design. There will now be two teams to represent Ottawa Hills' division B Science Olympiad, labeled A and B.

At the 2012-2013 regional tournament, the team placed second, which was again the lowest team to qualify for states. There were less teams at the regional competition than the 2011-2012 season, so the high score requirement for proceeding to the state tournament was higher. Only the first and second place teams proceeded. The team went on to receive __ out of __ at the state competition, hosted at The Ohio State University.

Throughout its years as a Science Olympiad school, Ottawa Hills has had various methods for determining team. 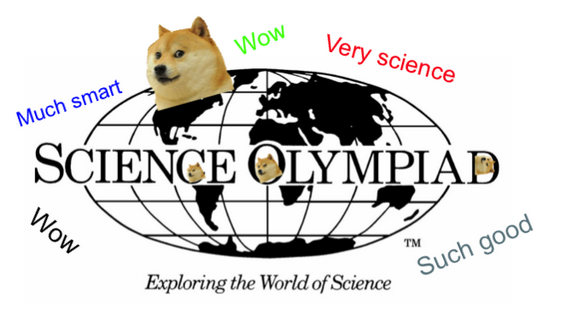 For the 2011-2012 Science Olympiad season, each participant in the division B tryouts was to find a partner prior to the tryout process, and they would work together for two of the three events.

The first event was an anatomy test, which followed all of the 2011-2012 division B anatomy rules, except different body systems were used. The note sheet was allowed to be the regulation standard 8.5" by 11", double sided. If double-sided printing was not available, two pages were allowed if both pages were checked by the proctor to make sure that nothing was printed on the back. The high score won. The anatomy event did not use partners.

For the second step in the tryout process, the partners were to do an exact copy of the national Write it Do it tournament. Prior to the event proper, one person in the partnership was to become the 'writer' and the other was to become the 'do-er'. All of the writers sat in a room, and all of the do-ers were sent to an adjoining room. The participants could not those in the other room. The writers were given an object, and on a standard 8.5" by 11" piece of printer paper, they were to write about an object placed before them. They were not to use any drawings, and they were only allowed to write characters that were on a standard 104 key keyboard. After thirty minutes, they were halted, and the objects were hidden. The do-ers then came into the room, and the writers were placed in the adjoining room. The do-ers had thirty minutes to create the object detailed on the paper. All participants were then allowed to leave.

The third event was also a replication of a national event: experimental design. Two partnerships were to merge for this stage, as it required four people to complete. Students were placed in a room, and given a box full of miscellaneous objects. The students then had one hour to develop a scientific experiment using the objects in the box; perform the experiment; and write a lab report based on findings. The quality of the experiment, data, and lab report were factored into the final score.

The tryout process for the 2012-2013 season consisted of only one stage. This was a scan-tron test, which covered all aspects of science that would be necessary to perform well at the official Science Olympiad tournament. All students wishing to be on the team were put in a room, each with a test and a scan-tron in front of them. The test was covered with a blank page, which the participants were permitted to remove only after the proctor told them it was time. They were allotted thirty minutes to complete the test, but if they finished early they could turn in the test and leave.

The 2013-2014 season's tryout process was similar to the 2011-2012 season tryout process, as they both consisted of three events that would be at that year's Science Olympiad tournaments. However, this season had its differences as one event (Entomology) only required that a note sheet be created, instead of taking the whole test also.

The first event consisted of creating a note sheet for the entomology event. The note sheet was not to be used on a test, but instead as a way to judge the ability of students to create a note sheet; a very important skill in Science Olympiad. The note sheet was created at home, with no instructor help whatsoever. The document was then emailed to the instructor when they specified that it was due. There were no partners for this event; everyone was to create their own note sheet.

This event was very similar to the anatomy test that was used for the 2011-2012 tryouts. Students could choose to create a note sheet for the two body systems specified that would be used at the national Science Olympiad division B tournament. (Integumentary and Nervous Systems) If a note sheet was used, the same rules applied as to the 2011-2012 anatomy tryout. The note sheet was to be on an 8.5" by 11" piece of printer paper, double-sided. If double-sided printing was not possible, then the proctor would check both pages of the note sheet to make sure that the back was not used. The students were given 30 minutes to complete the test, and then were asked to leave. If the students finished early, they could turn the test in and were then permitted to leave.

This event was created to be a miniature version of the Rotor Egg Drop event to be performed at the national Science Olympiad division B tournament. Partners for this event were to be determined prior to the event, and they were to build a rotor egg drop device that worked on the following 4 main rules (same as national rules): The device had to rotate around a central axis, the device could not have any concave (air catching) parachute like surfaces, the device could not be powered (it had to rotate with the energy of moving air), and it had to fit in any orientation in a 51cm x 51cm x 51cm cube. At the time of the event, one partner was to go up to a window, while the other was to go to the ground to receive the device when it was dropped. The device was dropped after the proctor counted down from three, and the proctor measured how long the device stayed in the air. The partner on the ground then proceeded to pick up the device, and they would then present the egg to the proctor to verify its state. This was recorded along with the time on the information sheet. Once all devices had been dropped, the devices were placed in a classroom where they were measured to verify that they met the building requirements. The rules followed national contest rules: If the device didn't meet building requirements, then it was automatically placed in tier three.

Division of Students Among Teams

Students meet with the coach once per week, for one hour. It is required that students work outside of the meets due to the small amount of time. As of the 2013-2014 season, the B division has two teams, labeled "Ottawa Hills Junior High A" and "Ottawa Hills Junior High B". The A and B teams house the higher ranking and lower ranking students, respectively. 30 students are taken on total. Due to the setup of the Junior High and High School, it is difficult for Ottawa Hills to take on sixth graders, as they reside in the elementary building. So, it has been decided within the school that freshmen will always go to the B team so that the C team and B team will have the same number of grades to choose from. The division B team will take seventh, eighth, and ninth graders. The division C team will take tenth, eleventh, and twelfth graders. The only exception to this rule is if there is an excess of freshmen (greater than 10) who wish to tryout. These freshmen will be placed on the C team. Alternates are not taken as of the 2012-2013 season, but the coach keeps records of the ranking of every student who tried out, and if one student quits or the team or is unable to be at the competition, the coach will seek out the next ranked student and cordially invite them to join the team.