Robo-Billiards was a Division B event from 2003 to 2005, first being run at the 2002 National Tournament as a trial event.

The event was similar to Robot Arm. The teams had to construct a robot prior to the competition which was capable of placing billiard balls into containers across a square table. It was an impound event.

Pictured below is what the table would look like at a competition. 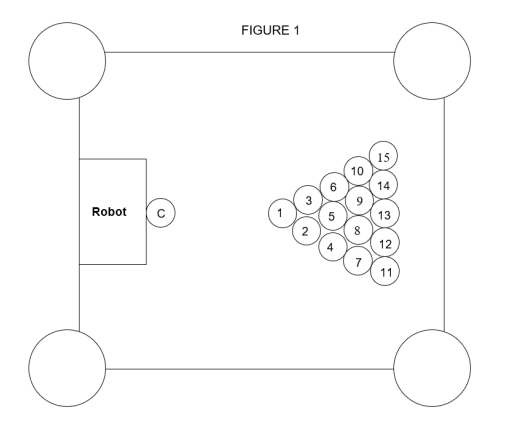