Teams are tasked with building 1 programmable robotic vehicle prior to competition day, and use that robot to follow track lines to reach a target at a set amount of time as accurately and efficiently as possible. Teams must impound their robot on competition day.

dowel rod and dowel’s attachment device must be the first part of the robot to travel across the Gate line.

Layout Of The Track 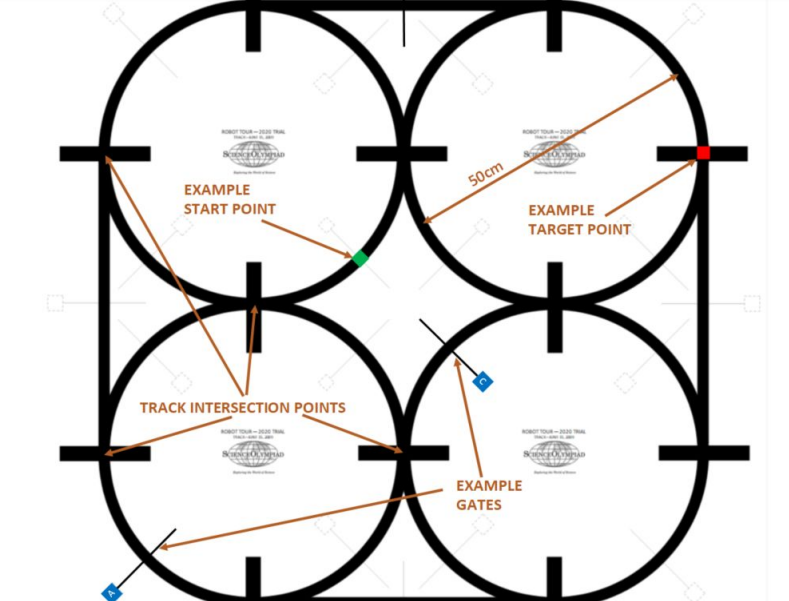