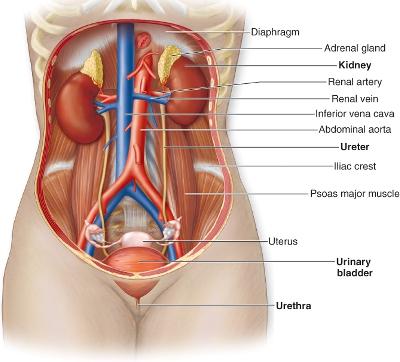 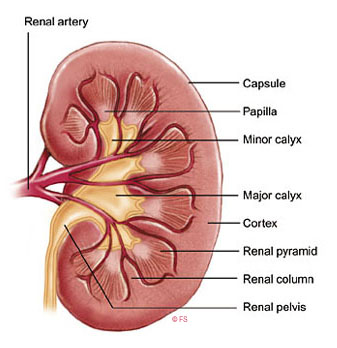 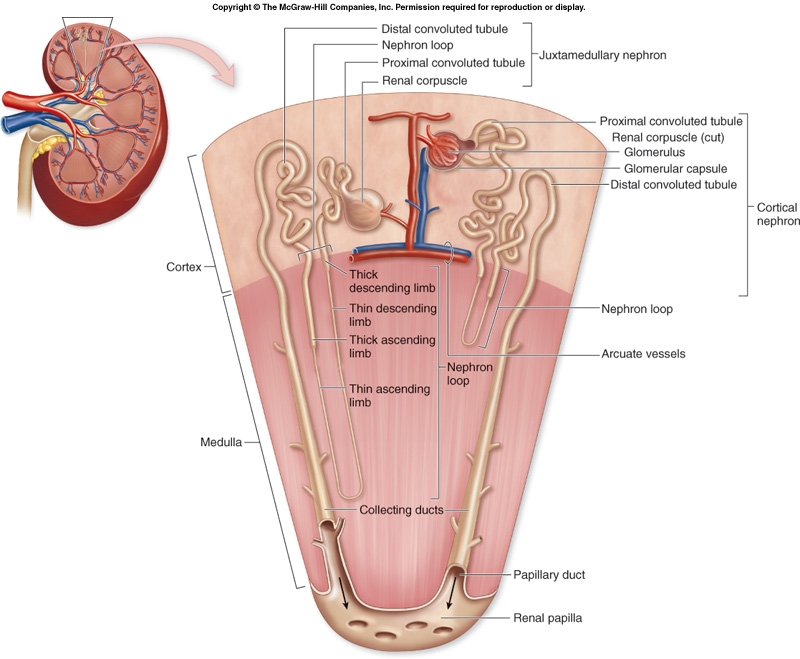 Urine is a waste product which is produced by the kidneys during the process of filtering the blood and is made up of water and other dissolved waste products. It is a typically yellowish fluid which is stored in the bladder and is discharged through the urethra. The average urine volume for an adult in a day is around 1.5 liters. Urine is produced at a rate of about 30mL per hour.

Urine consists of mostly water and then some other chemicals and compounds. The approximate composition of urine is listed below from highest proportion to lowest. 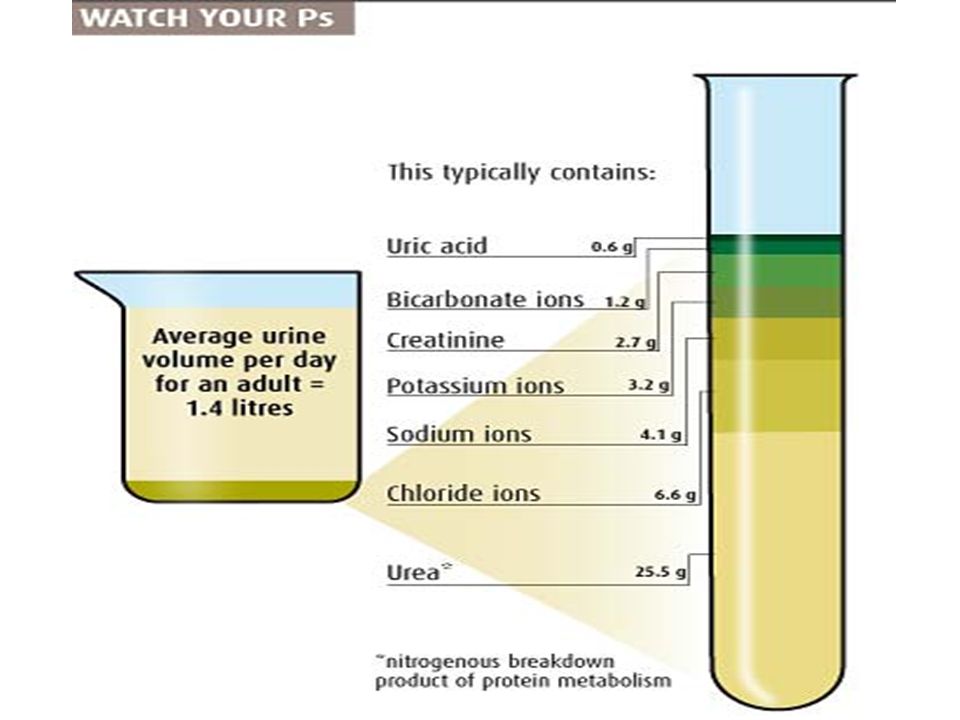 •Treating the underlying cause (infection, disease)