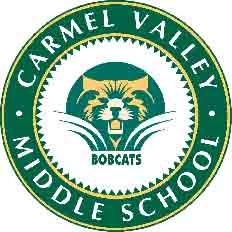 Carmel Valley Middle School is a public 7/8th-grade middle school in the San Dieguito Union High School district in northern San Diego, California. They participate in the very competitive San Diego region which routinely has 40 schools and 120 teams, and is known for being the largest regionals competition in the nation. The teams from the San Diego regional go on to perform well in the state competition. CVMS has never placed lower than second at the San Diego Regional. Students from CVMS generally feed into either Torrey Pines High School or Canyon Crest Academy.

Carmel Valley Middle School opened in 1999 in the San Dieguito Union High School District and serves about 1300 students in a rapidly growing and dynamic community. CVMS was named a California Distinguished School in 2003, 2009 and 2013. Although CVMS has yet to qualify for a national competition in Science Olympiad, they are very successful at the state level, placing second seven times to perennial winner Muscatel Middle School (2006, 2007, 2010, 2011, 2013, 2014 and 2015).