Physical Properties is a topic for Chemistry Lab, expected to rotate in for the 2018 season.

Density is an important property, especially when used to distinguish substances.

In the past, some Materials Science tests have included a density lab, which may also appear in future Chem Lab tests.

Mass is fairly simple to measure, as most labs will provide fairly precise balances.

Volume may be calculated a number of ways. In some cases, a ruler or calipers can be used to measure the dimensions of fairly regular objects, such as rectangular prisms, cylinders, and spheres. Irregular objects can also be measured using the water displacement method, where the object is dropped into a known volume of water and the volume is measured from the change of water volume.

Competitors should also be able to use this equation in other directions, calculating either mass or volume from a known density and other value. 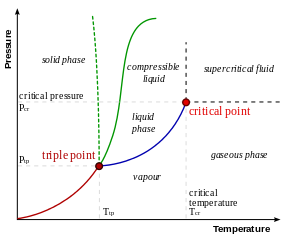