Detector Building is a Division C event for the 2020 season. Previously, it was a featured trial event at the 2019 National Tournament and was also run at various 2019 state tournaments including North Carolina, Texas, and Florida.

For the 2020 event, students are required to build an electronic temperature-sensing device that measures and displays temperatures for water samples.

For the 2020 season, students are required to build a temperature-sensing device that accurately measures and displays temperatures from 0°C to 75°C using a microcontroller board such as the TI Innovator, Arduino, or Raspberry Pi. The device must contain red, green, and blue LEDs to indicate temperature ranges. Teams are also required to prepare a Design Log that contains a photograph and description of the device, temperature/voltage raw data, plotted temperature/voltage data, mathematical model(s) used for temperature-voltage conversions, and annotated printouts of code.

The event includes a written test that covers topics including temperature/voltage/resistance relationships, theory and operation of electrical components, and determining real world relationships from raw data. 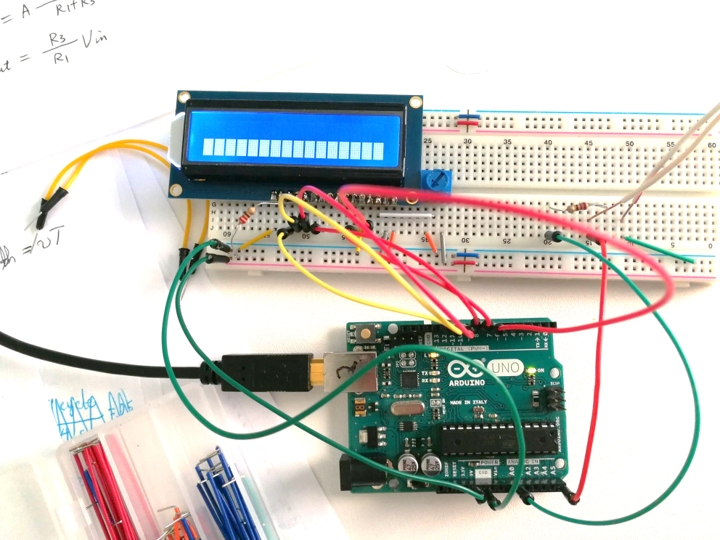 Unlike a laser, the color of light emitted from an LED is neither coherent nor monochromatic, but the spectrum is narrow with respect to human vision, a.nd functionally monochromatic.

Each team's Total Score is the sum of their Temperature Accuracy Score, points earned for correct LEDs, Design Log score, and Written Test score. The team with the highest Total Score wins.

The Temperature Accuracy Score is calculated using the absolute error at each station between the temperature displayed by a team's device and a calibration thermometer, with points awarded for displaying the correct color LED(s) at each station. Design Logs are scored on completeness and each team's ability to answer questions about seven required sections. The Written Test is written with scoring decided by the Event Supervisor, with a maximum of 30 possible points allowed by the rules. Prior to the 2019-20 season, the written test was only used to break ties.