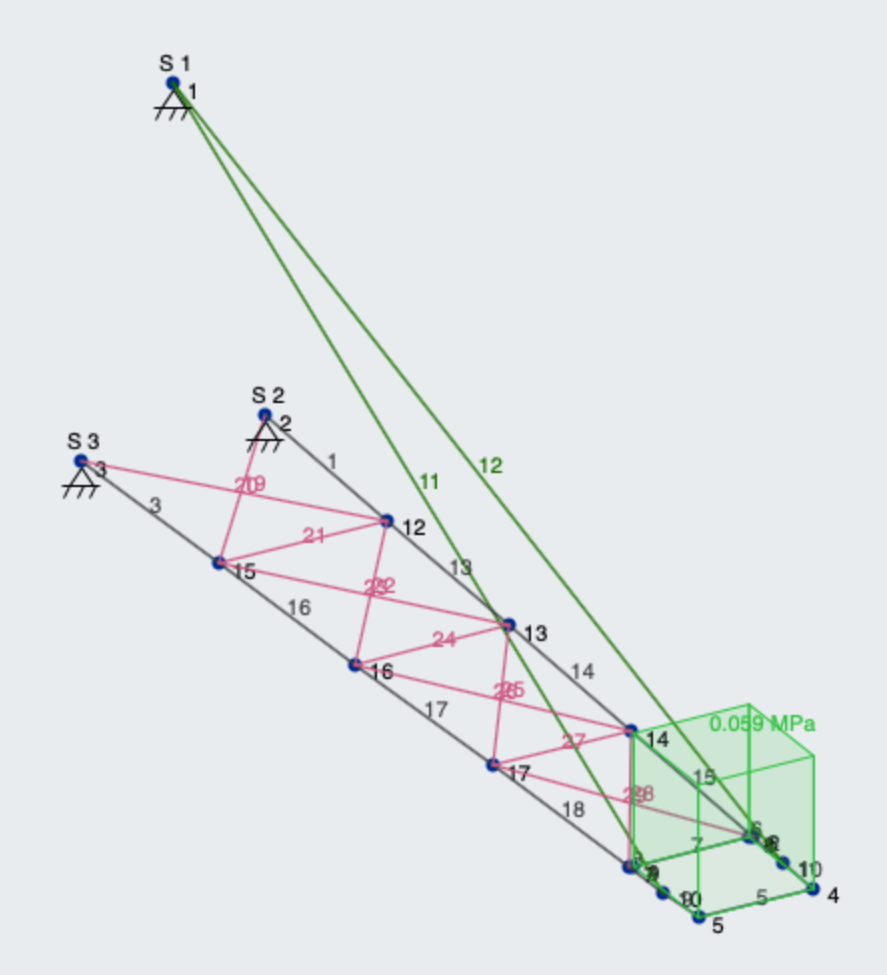 The software used for this event is SkyCiv with the Science Olympiad add-on (available as an add-on within the software). SkyCiv provides the functionality for adding nodes, members, materials, and loads, while The Science Olympiad add-on limits materials to a few varieties of balsa woods, limits number of times students can test their device, checks for construction violations, and submits design files to tournament officials during the competition. Please see the page on SkyCiv for an introduction and tutorial to the software.

At the competition, the Event Supervisor will tell students the values determined for minimum distance between the Testing Wall and the Loading Point closest to the Testing Wall and the distance from the origin to the Contact Width Lines. Students will then estimate the load their Boomilever will support (Estimated Load Supported) and have 45 minutes to build and test their Boomilever up to 5 times in SkyCiv. SkyCiv will assess for construction violations and calculate the scores for each device.