Passive margins are within plates and are separated from the oceanic ridge plate margin by an expanse of oceanic crust that was generated after rifting. Oceanic and continental crust meet in a region of low tectonic activity that does however experience a broad pattern of subsidence. Passive margins are generally wide and may receive a large influx of terrigenous sediments or intrabasin carbonate sedimentation from local sources.

The coral starts forming because it is attracted to the heat from the hydrothermal vents. Soon more animals move in creating a coral reef. This reef fringes of the island hence the name "Fringing Reef".

Coastal currents are, predictably, currents that flow along/around the coastline. These currents are affected by wind, waves, and the land by which they flow. There are two main types of coastal current: longshore currents and rip currents.

Rip currents are strong channels of water that flow away from the shore. They are sometimes mistakenly called "rip tides," and are generated by the movement of longshore currents along/on and off of irregularities in the coastline such as low spots, sandbars, and piers. Rip currents flow at a perpendicular (or nearly perpendicular) angle to the coastline, and generally break up not far off the shore. Rip currents are usually not more than 80 feet wide. If wave activity is low, several small rip currents can form. As wave activity increases, the number of rip currents decreases, but those that do form are much stronger. 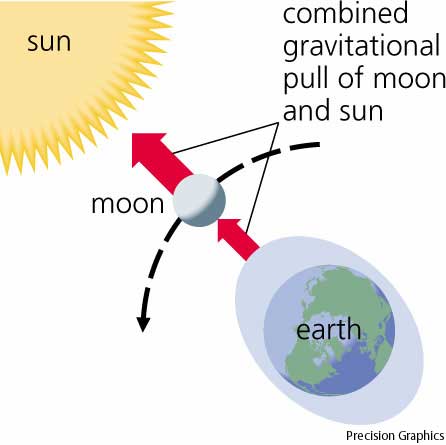 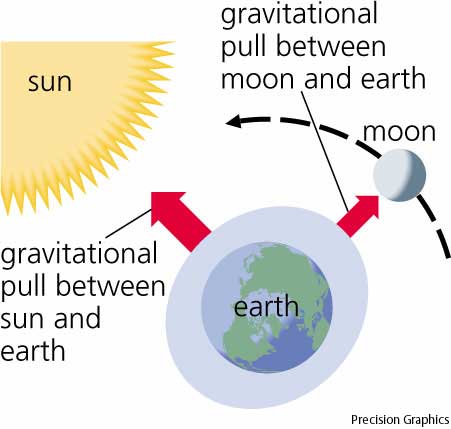 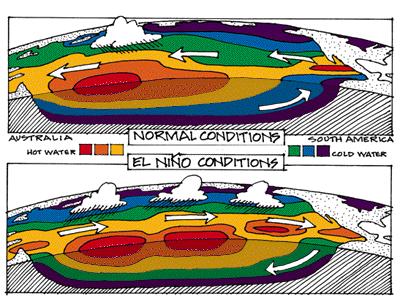