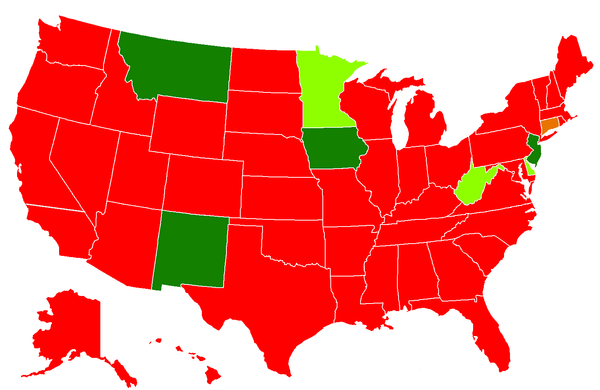 The outbreak of COVID-19 throughout the United States has affected many tournaments during the 2020 season. Currently, tournaments in Washington, California, New York, Connecticut, Pennsylvania, Ohio, Indiana, Vermont, and Maryland have been impacted. Many other tournaments have made declarations on the matter.

Will my state's tournaments be rescheduled?

Will the national tournament be canceled?

The national tournament director has stated the tournament is scheduled to take place as planned, but that future changes are possible as COVID-19 continues to spread. Source

There is no known answer beyond speculation.