Florida observes an open regional policy. This allows a team from any county to attend the regional competition of their choice. This has been used by a variety of teams, such as Archimedean Upper Conservatory, who attend the Southeast Florida Regional in Boca Raton instead of the South Florida Regional at the University of Miami. 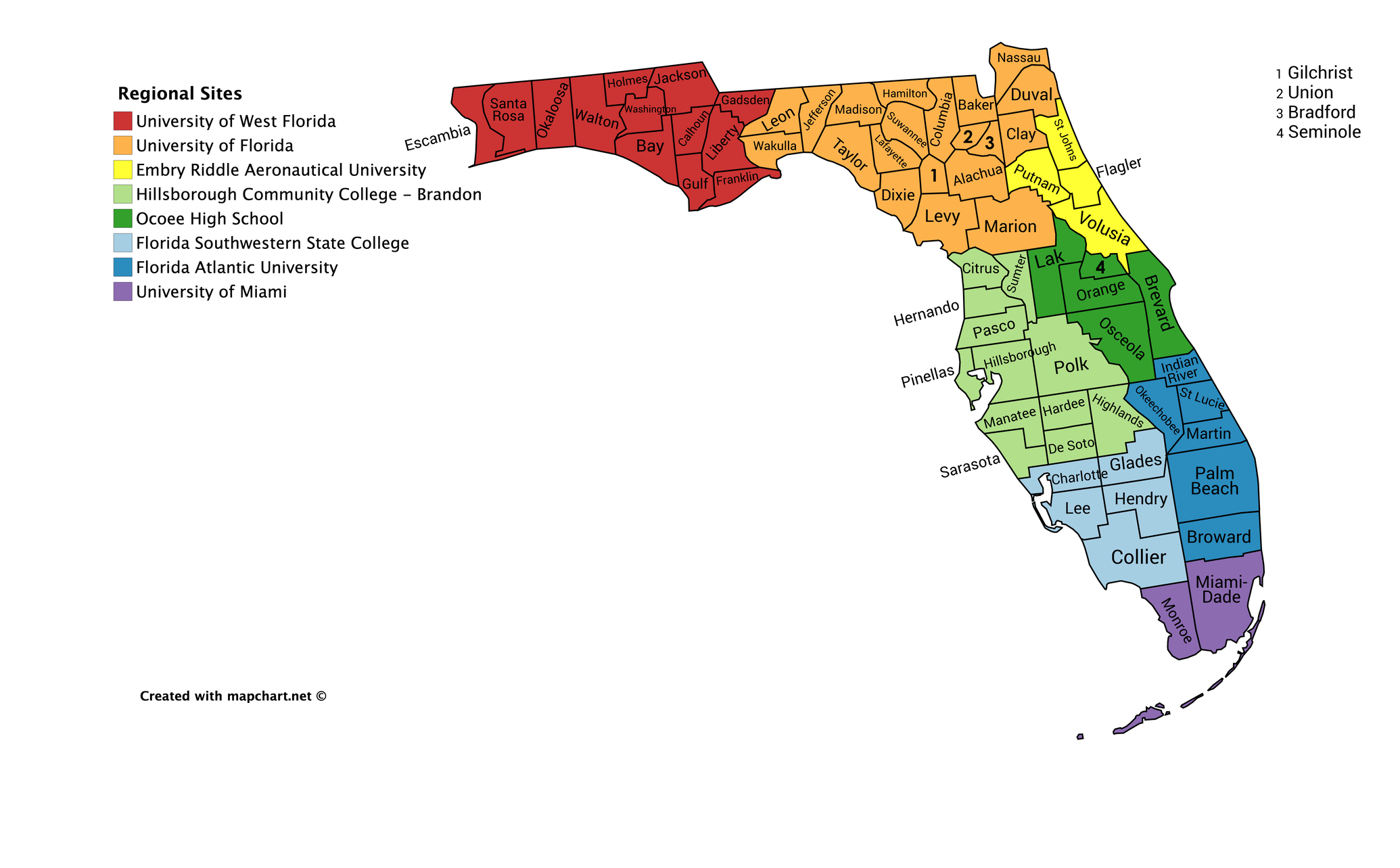