As you may have noticed, the changes do not apply to the Quaternary, but for the sake of completeness, this period is included under the modification.

Here's a basic overview of each time period, it's a really great chart, very specific, at least specific enough for us:

Another good geologic time chart can be found at here:

It is very good because it compares the length graphically for all divisions of time.

Index fossils are fossils of organisms that lived only in one period. They developed near the beginning of the period, and became extinct before the end. Note that this refers to genera or species, not entire classes or families. Index fossils are extremely useful for dating rock. They cant be used to tell absolute age (we need carbon-14 (or other isotope) testing for that), but we use them for relative dating. By comparing two rock outcrops with the same index fossil, we can conclude that they are roughly the same age, (give or take several million years, which, in the span of Earth's 4.6 billion year, is not much). To be an index fossil, the organism must have had a wide geographic range, because if a fossil is found only on some barren outcrop in the desert, it can't be used to date rocks from many miles away. It also helps to be fairly common- for instance, dinosaurs of North America are not index fossils because of their rarity.

Most multicellular organisms display some form of symmetry. We as human beings are bilaterally symmetrical because if you were cut in half from the middle of the front of the head, all the way down the middle, the two sides would look the same...for the most part. The heart, of course, is on the left side, but you get my point.

So basically, fossils often have charecteristics that make them symmetrical. There are many types but the main types are:

1) Audubon: It has almost all invertebrates on the list, that automatically puts it first, though I think it is i bit bulky for these purposes. 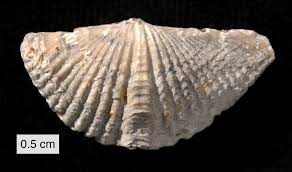 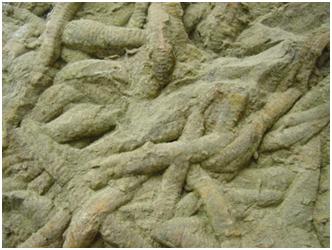 Fossil Museum Has a big list of fossils and lots of info.

Fossil Wiki Yet another wonderful wiki.