Difference between revisions of "GMOA Notes"

These are notes that cover Geology, Meteorology, Oceanography, and Astronomy.

Hydrosphere - dynamic mass of liquid that is always on the move

Sciences involved in better understanding the earth integrate chemistry, physics, and biology into the following sciences:

Meteorology - the study of:

Geology - the study of the Earth, and is broken into

Oceanography - study of the Oceans

Astronomy - the study of the universe

Gather facts through observation then ask why?

A mineral is a naturally occurring crystalline solid with a definite but not fixed chemical composition and ordered atmomic arrangement. 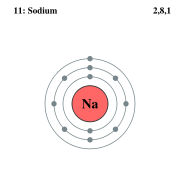