Difference between revisions of "Potions and Poisons"

Potions and Poisons is a Division B event that is set to rotate in for the 2018 season. It was previously a trial event in Pennsylvania and Washington. In Potions and Poisons, participants will demonstrate their knowledge on specified substances' chemical properties and effects with a focus on common toxins and poisons. Category C goggles are required in this event.

Some event topics from the trial event rules (2016) include:

A chemical bond is an attraction between two atoms that causes them to combine, which can create molecules. The two types of bonding that the current version of the Potions and Poisons rules says to know are ionic and covalent bonding. 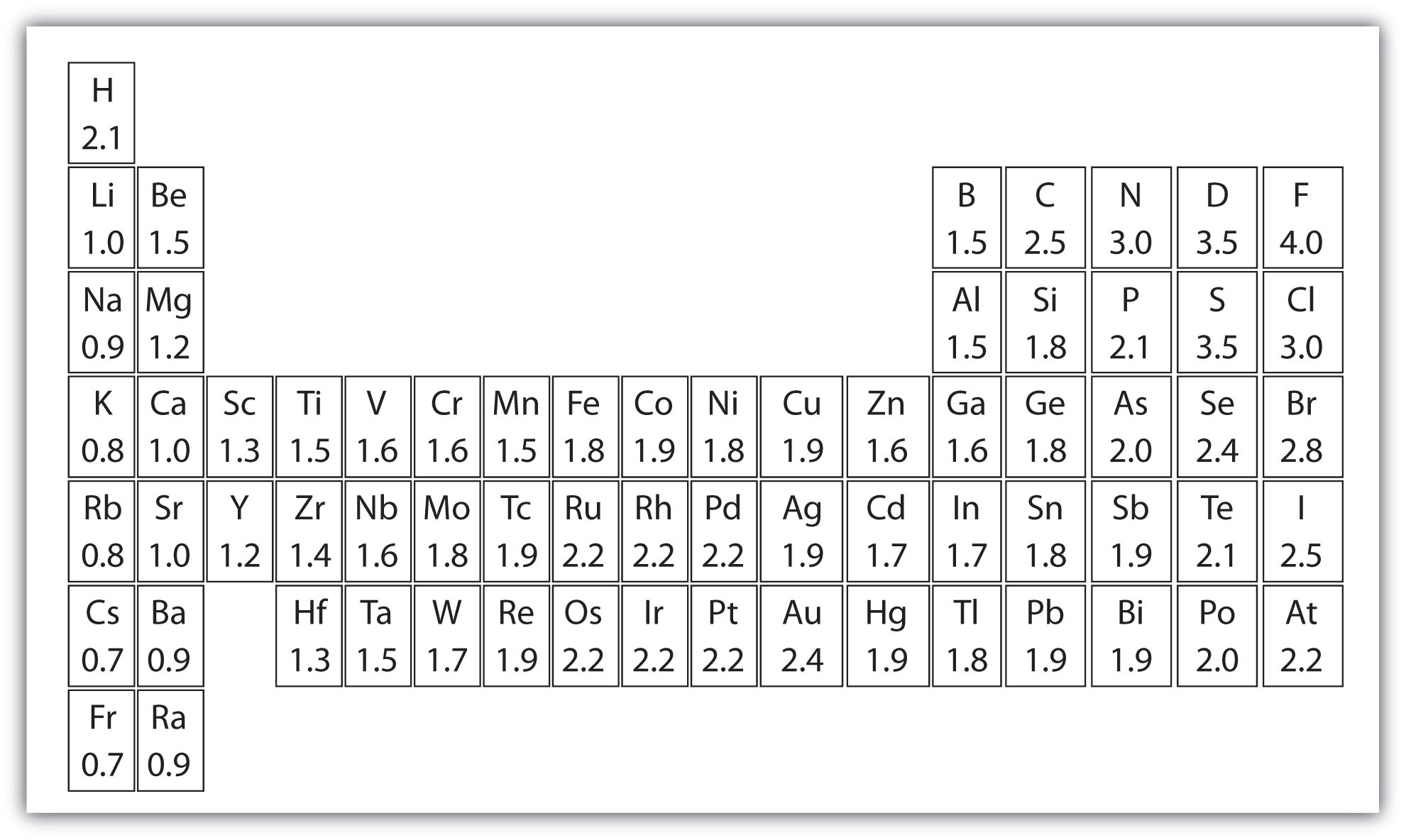 Ionic bonding is a type of bonding in which one atom takes an electron from another atom. This type of bonding occurs when the difference in electronegativity is high. A common example of this is the compound NaCl, or table salt. The metal Na (sodium) bonds with the halogen gas Cl (chlorine).

To name a simple ionic compound, use the name of the regular metal, followed by the name of the nonmetal, with the latter using the ending "-ide". For example, NaCl would be written as sodium chloride.

Covalent bonding is a type of bonding in which atoms 'share' electrons. This occurs when there is a low difference in electronegativity. Two very common examples are the molecules H2; and O2;. Because the bonds are formed between two atoms of the same element, the difference in their electronegativities must be zero.

If there are multiple instances of a molecule, the number of molecules is written as a coefficient. For example, the product in the above equation is water, or H₂O. There are two water molecules present, which is written as 2H₂O.

In a chemical reaction, the quantity of each element cannot change (If there are n atoms of element A in the reactants, there must be n atoms in the product). A chemical equation must have equal quantities of each element on either side of the arrow. As mentioned above, adding coefficients to molecules can show that there are those many molecules present. However, if an equation is given without coefficients, chances are that there is an inequality on either side. Consider the example given above; however this time it is without coefficients:

If you count the number of each element on either side of the equation, you will get the following:

This cannot be a balanced equation, because the number of atoms is unequal. To fix this issue, it is necessary to balance the chemical equation.

To balance a chemical equation, add coefficients to make the number of atoms of each element equal. For example, take again the previous equation:

Notice that there is only one type of molecule as the product, meaning that it is the only molecule that a coefficient can be added to. A basic way to find the proper coefficient is to find a ratio between the two elements on one side and apply that to the other side. In this example, there are two times as many hydrogens as oxygens. In addition, all coefficients must be whole numbers. Therefore, the lowest coefficients would be a two in front of the hydrogen gas (on the left) and a two in front of the water. This gives us a balanced equation of:

The poisonous plants and animals listed in the 2018 rules are:

Poison ivy grows most regions of the US, typically in woods, fields, and along roadsides, especially where vegetation is disturbed. It can be identified by its three thin, pointy, and shiny leaves. The leaf color depends on the season. In the spring, the leaves are reddish; in the summer, green; in the fall, orange to bronze.

Upon contact with the oil from poison ivy, an allergic reaction happens. Touching the plant itself is not the only way to contact the oil; touching gardening equipment or pets that have contacted the ivy can also spread the oil. Symptoms of a reaction include itching, redness, swelling, and blisters. It is important to note that the blisters are NOT contagious.

Cane toads are native to South and Central America. They are night foragers and mainly prey on insects and snails. They have been introduced to various places such as Australia to control insect populations, but for the most part, become an invasive species. Adult cane toads have toxins on glands on their upper surface, especially near the shoulders, and exude bufotoxin, which acts on the heart and central nervous system (CNS), when provoked.

Past Plants and Animals

Plants and animals that have been included in past years are listed below.

The trial rules of Potions and Poisons mention the following toxic household chemicals:

The compound ammonia itself is a colorless gas with the formula NH3. However, it is most commonly seen in households as a cleaner, where the gas is dissolved into water. It is most dangerous when mixed with bleach, which causes the release of toxic fumes, which can cause serious respiratory damage, in addition to potential chemical burns, headaches, nausea, or vomiting. 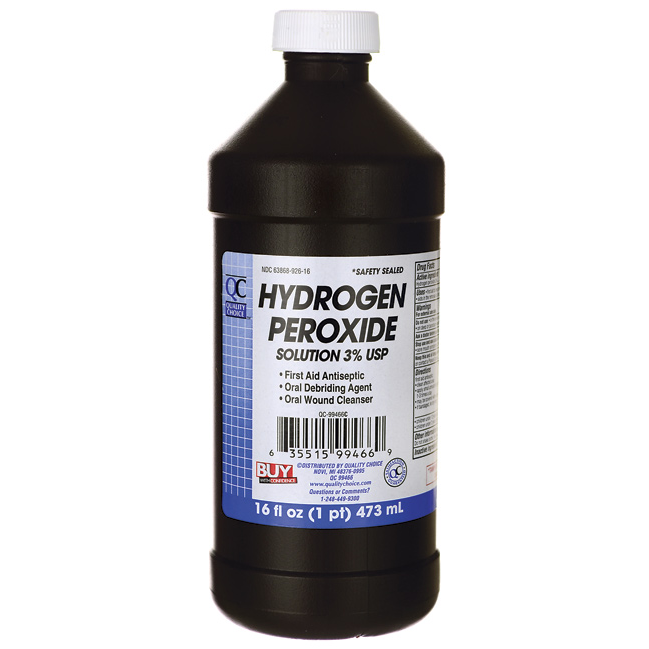 Hydrogen peroxide is a colorless liquid. It's compound name is H2O2. It is commonly used as a disinfectant, either for surfaces or for wounds. Because the concentration of most hydrogen peroxide used in households (usually in brown bottles) is low, at about 3%, ingestion of small amounts of hydrogen peroxide (diluted) does not usually cause any significant damage, apart from potential stomach irritation. However, ingesting a large quantity can cause more serious stomach irritation and may even cause chemical burns.

Furthermore, ingestion of a higher concentration of hydrogen peroxide can cause much more serious symptoms, and death in some cases.

Rubbing alcohol (Isopropyl alcohol) is an alcohol with the formula C3H8O. It is most often used as a disinfectant. When ingested, it is metabolized into acetone. This can cause dizziness, headaches, vomiting, or even coma.

Bleach is a solution of the chemical compound sodium hypochlorite (NaClO) in water. It is a strong base, with a pH of 12.6. It is most often used as a household cleaner. As mentioned above, mixing bleach with ammonia releases dangerous fumes. Exposure to bleach on its own can cause irritation in the eyes, mouth, skin, and lungs, and can cause burns.

Epsom salts (Magnesium sulfate) are salts with the equation MgSO4. They have many uses, including uses as bath salts, as laxatives, face cleansers, cleaners, and as fertilizer. However, ingesting high levels of these salts can cause magnesium overdose, which can lead to slowed heartbeat, lowered blood pressure, nausea, vomiting, and coma or death in serious cases.

Vinegar is an extremely common household chemical. It is an acidic liquid, a mixture of acetic acid (CH3COOH) and water. It is used in cooking, cleaning, and medicine. However, concentrations of acetic acid higher than 10% can cause skin damage/corrosion.

Dilution is simply the addition of a solvent without adding any solute. This is shown in the equation:

In addition to completing a written test, Potions and Poisons competitors must complete at least one lab task, according to the trial rules. These lab tasks may include the following: