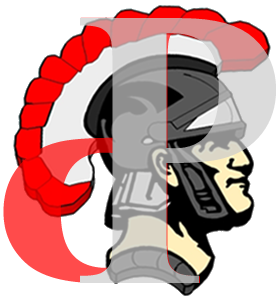 The Springhouse Science Team is a fairly new Division B team in the Central East region in Pennsylvania, formed in 2012. The team was formed in 2012 and remains an exceptionally competitive team who have made it to the state competition during all the five years they have participated in Science Olympiad. In 2014, their second year of competing, they received 1st place in the Central Eastern Region and a 2nd place in the Pennsylvania State Competition, qualifying for the 2014 National Tournament at the University of Central Florida, where they received the first Dupont Team Enterprise Award and a 17th place nationally of the 60 qualified teams. Springhouse Middle School is the first school in the Central East Region to ever represent the State of Pennsylvania in the National Science Olympiad in its 30-year history.

The Springhouse Science Team was created in 2012, originally meant to be a science team for the middle school. Their goal was to develop an environment where students could learn any subject in science beyond the classroom experience and get taught by professionals in the field, all the while communicating with like-minded students in one space. The organization began competing in the Science Olympiad shortly after its formation in order to provide an incentive for the students to study and learn the subjects. It also fostered a more collaborative atmosphere among the students. The Springhouse Science Team has been a leader in the STEM community in the school district and Lehigh Valley, garnering support, sponsorships, and donations/funds from national companies including Air Products, Broadcom (formerly Avago), and LSI Corporation.

The organization has operated outside of the school for the past six years. The team has developed into a community of students interested in science, allowing students of all ages from the local community to be members. There have been more than one-hundred-fifty alumni from the Springhouse Science Team. 15 or so coaches teach the active students on the team (which vary from 40-50 students) every year with several alumni from high school coming back to tutor and teach the students in their respective fields of expertise. They now compete in several tournaments and have several offshoots where students can compete and study for other science-related national contests.

Students are separated by A and B teams, regardless of the level of performance. The final fifteen are selected from among the active members and are posted on the website every year in March. The team meets once a week during the midseason and twice a week during the spring.

Springhouse feeds into Parkland High School, which competes in the C Division. The Parkland High School (PHS) Science Olympiad team is one of the high school's clubs and is run by alumni and officers of the Springhouse Science Team. Unlike PHS Science Olympiad's team, the Springhouse Science Team does not merely function as a science olympiad focused club, but rather functions as a scientific community for the youth in the district.

In only their second year, Springhouse had made it to the national tournament and placed the highest for any first-year national team. Since then, they have been placing first at the state level and qualifying for the nationals every year. In 2015, their third year of competing, they placed 11th at the National Competition at the University of Nebraska. Again in 2016, they placed 1st in the regional tournament, 1st in the Pennsylvania state tournament, and 12th at the Nationals held at the University of Wisconsin. They finally made it to the Nation's Top 10 when they placed 9th in 2017 at Wright State University.

Springhouse also competes in major invitationals such as Wright State Invitational and Solon Invitational, both located in Ohio, as well as the local Rustin Invitational and Tiger Invitational. Due to the immense competition and interest in the Science Olympiad program at Springhouse, the school brings two teams, an A and B team with them to invitationals. However, teams are not always split by skill levels of students, just an even division of teams. Based on individuals' performances, at invitationals and through periodic testing, the final team is selected.

At the Regional Competition in 2017, Springhouse once again beat their preceding year's score with an overall score of 37, the record for a PA team. This qualified them to move on to the state competition yet again, for their 5th consecutive year. At the recent state competition, Springhouse received first place for the third consecutive year, with a low score of 72. This was impressive due to the widespread increase of overall competition throughout the state of Pennsylvania. At the 2017 national tournament, Springhouse Middle School made history by being the first PA team to place top 10 overall since the onset of the Sewickley Curse in 2009. In 2018, Springhouse made history again by securing the 5th rank at Nationals. The following year, they placed 7th at the 2019 National Tournament, losing to East Coast and Midwest powerhouses Solon Middle School, Community Middle School, and Daniel Wright Junior High School.