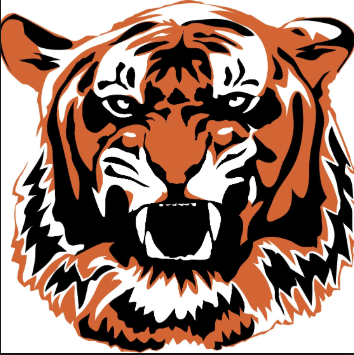 In the 2015-2016 season, I started my very first year as an Olympian. I had always wanted to do it in Division B but never had the chance. Unfortunately for me, I was quite clueless but even then I soon fell in love with Science Olympiad. I ended up in one event due to my cluelessness but it worked out in the end as I got very good at the art of balsawood building. Soon after regionals, the state tournament is upon us and I get picked to do Hovercraft as a trial event. I get the 2nd place medal by some miracle.

State arrived and I was ecstatic as I was competing in my first ever state competition! I worked as hard as I could in my only event and somehow with the help of my partner we got 2nd place. You can imagine my shock when that happened but I will take it.

For the 2016-2017 season, I was determined to make the varsity. It started out with me picking Hovercraft and Experimental Design originally and then expanding to WIDI. After quite a few invitationals I saw how things played out and I miss out on my bid for varsity. Soon comes regionals and I have technical malfunctions costing me my Hovercraft medal. But soon comes along state and I got picked to do Thermodynamics and Geocaching as my events.

State arrived and I learned that 5 of our best team members were choosing prom over State. Yikes. Our score tanked to 16th that year but in my events, I got 2nd in Geocaching. No idea how but I'll take it. Then Thermodynamics got 8th place. After this, I felt confident in the next year for making Varsity so I started planing soon after.

This year I wanted to take on varsity so I took on Hovercraft, Thermodynamics, and Experimental Design. Later in the year, I decided to drop Hovercraft as it wasn't working out for me but soon after that, I thrived in Thermodynamics and Experimental Design thanks to brilliant partners. Then regionals came around and I was nervous as we got placed in one of the most aggressive regionals in the state! College of DuPage was home to Hinsdale Central High School, Naperville Central High School, and Naperville North High School and these teams are not to be taken lightly. Fortunately, we beat out Hinsdale Central by 3 points and take a 2nd place bid. As for my events, I got 1st in thermodynamics and 4th in Experimental design which was well within my goals for this regionals. I was a happy man.

State arrived and I was hoping to medal in all my events. After spending hours calibrating my thermo box and doing 5+ practice experimentals with my partners I was ready. Day of the competition things go mainly to plan but I screwed up some simple stuff. I thought that was the end of my state medal streak. Little did I know that the streak was not over but it was continued when I got a first in thermodynamics and 6th in Exp Design. I was shocked by the results once again but I will take my wins with pride.

I have done (or at least attempted) a lot of events. Here is a complete listing.

Now, whether I liked them or not was another situation. This is a list of my top 5 favorite events. You might notice that most of them are Engineering/Physics related:

I am an active online gamer and here are some of the games I play very frequently.

If you ever wanna game with me, just shoot me a PM.