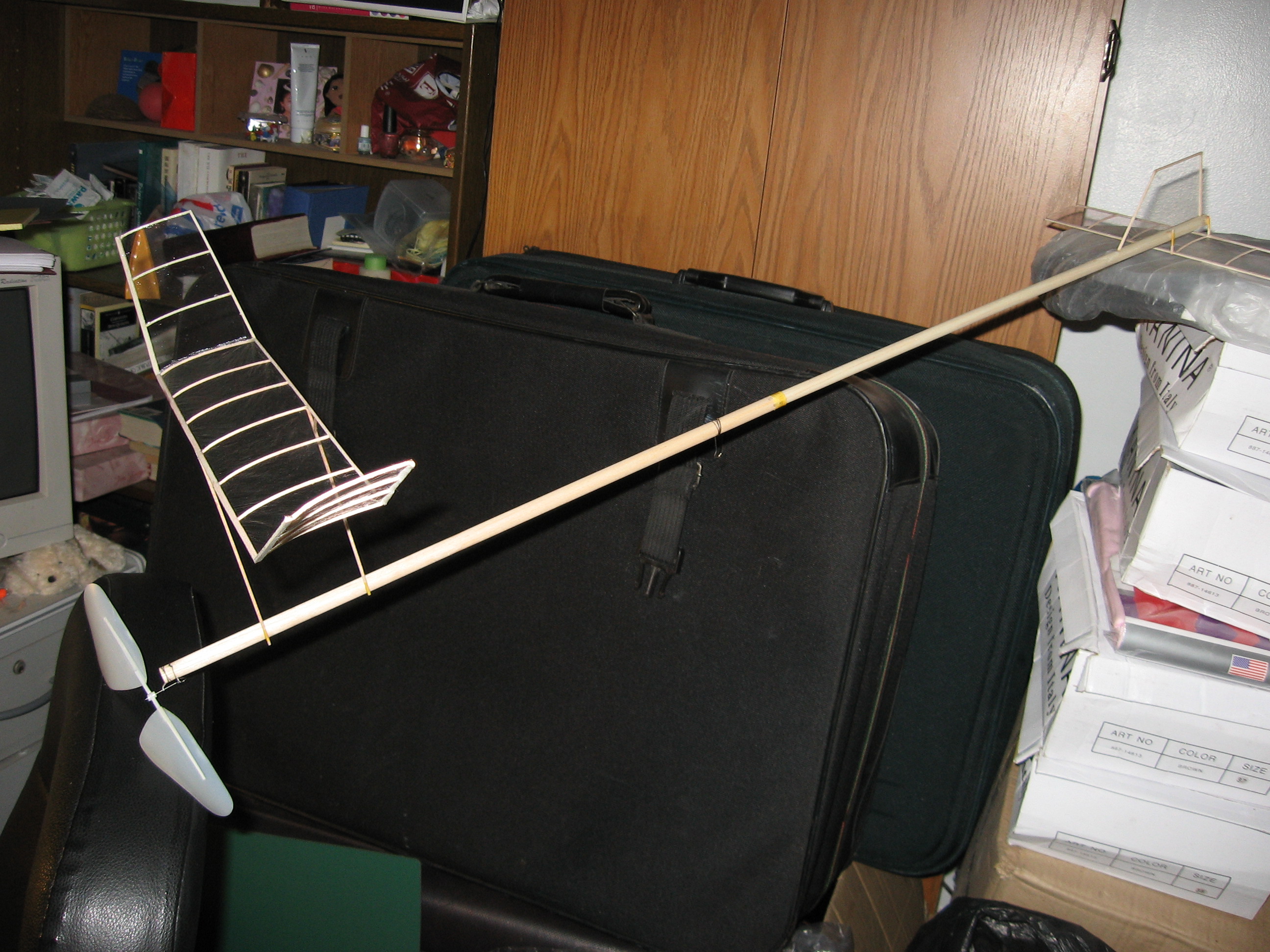 Wright Stuff (WS) is an event where participants try to make, test, and fly an airplane powered by a twisted rubber band for the goal of longest flight duration. The airplane can be of any design, though it must conform to rules regarding maximum wing and stabilizer dimensions, as well as a minimum mass limit (of the entire airplane, not including the rubber loop) and a maximum rubber mass limit.

Obviously, you would want to find a place where you can keep the doors from opening unnecessarily, and a place with little or no air condition. Most people only have access to your school's gym, which will do if the competition is in a similar ceiling height. For state (and maybe national) if you live in the area and it is easy to get to the site of the competition, they will probably let you fly your plane if nothing else is going on in the building. (In example, the University of Tennessee allows access to Neyland-Thompson Sports Center, their indoor football facility where the event is held at state, and you can make flights there over the weekend.) Check with the site owner/manager, and if you are nice and explain your love for science, they can be nice and allow you in. Once inside, stay away from wires, hanging scoreboards (ouch, those are plane-killers), and places where the rafters extend downward. Don't wind your plane up too much the first time you fly it, because if it gets stuck, you are out of luck. You also should see the radius in which your plane turns. Use this to determine where to launch from. (If your plane gets stuck, wet paper towel balls can dislodge it from a low ceiling such as a gym, but anywhere else will require a balloon and a stick taped to it to dislodge it. Caution, these methods, especially the paper towel balls, may injure your airplane, however you may find it worth the risk to get it back.)